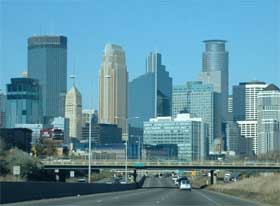 Business in Minneapolis-St. Paul is expected to boom right at the end of the summer during the months of August and September due to the G.O.P. hosting its 2008 Republican National Convention in the Twin Cities. In September Minneapolis Computer Rentals, hotel rooms, and reservations are expected to shoot through the roof and many other local services are expected to also be in high demand. The RNC organizing committee is expecting at least 45,000 attendees at the Republican National Convention which will be held in St. Paul’s Excel Energy Center on September 1-4.

Max Everett, Chief Industrial Officer of the RNC Comittee stated that their goal is “To use technology to make more of the convention appeal to the general voting public.” With that said Minneapolis Computer Rentals are expected to be in high demand as many event organizers and planners prepare for one of the biggest events of the summer. We have been stocking up on the all the latest in technology, hardware, and event rentals in preparation for the Republican National Convention. If you think that you will be in need of a technology rental for the upcoming RNC, we advise you to book as early as possible as we expect a big rush from reporters, event planners, and political operatives who will be renting technology for this big event.