Is Direct2Drive’s New Computer Game Rental Service Worth It? 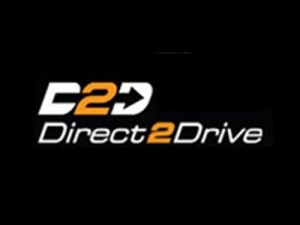 Direct2Drive, a digital download store that allows you to purchase and then download computer games directly to your hard drive, is testing out a new rental service which will allow you to play any computer game you like for five hours for $5.00. Now this may seem like the same thing as Netflix or GameFly but there is a difference. If after playing the game for five hours you decide that you like it enough to purchase it, then you can apply the $5.00 you spent renting the game to the final purchase price.

As of right now there are only three titles in the pilot program: Grid, Silent Hill: Homecoming and Divinity II: Ego Draconis. Game rentals are a very interesting way to go for a company that is a digital download service company, and there are undoubtedly a lot of questions that pop up with a turn of events like this. However, this isn’t really a new thing. If a person wants to try out a game before they buy it, they can typically download a demo for the game and try it out for a while. The only difference is that you do not typically need to pay for a demo.

The one thing that doesn’t seem too good about this is that five hours is hardly enough time to beat most games and playing a game for five hours isn’t enough time to find out if you like a game or not. Another question is why you would want to spend $5.00 on a rental when computer games are usually on sale or offered at discounted prices soon after release, especially on sites such as Steam? The three games listed on Direct2Drive’s pilot are also priced higher than competing companies which minimizes the appeal of the $5.00 taken off after the rental if you decide to purchase the game.

Games that this type of service would be perfect for would be games like MMORPGs. Games, like the newly released DC Universe Online, that require a monthly subscription to play would definitely benefit from a rental service like the one offered from Direct2Drive since uncertainty is always involved when buying a subscription-based game. New games that also do not have demos will also be good games for the service but for optimum sales, the rental price as well as the allotted time would need to be adjusted.

We have 3987 Installers, Technicians and Engineers stationed in nearly 1000 locations worldwide to serve you.