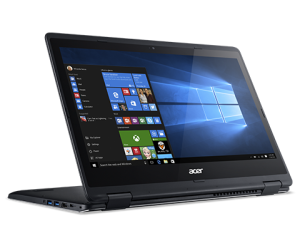 The 2011 Commart Comtech Thailand is currently underway and the big stars of this year’s show are undoubtedly tablet computers. The main focus of all the different manufacturers of tablet computers is waging a price war  in an attempt to steal market share away from the current juggernaut in the tablet computer market, Apple and Apple’s iPad 2.

At the four day event, which runs until this coming Sunday at the Queen Sirkit National Convention Center, Acer has already cut its prices on tablets by about $70 with netbooks on sale for as little as $200. Acer isn’t the only company in the spotlight. Other major brands, like Dell, Asus, HTC, Toshiba and Lenovo, are all preparing to launch their tablets by this September.

On the first day of Commart Comtech Thailand 2011 at least 50 people were in line before the 10 a.m. opening in order to buy an iPad 2. Apple brought 100 iPad 2 devices for the first day, all of which were sold within an hour.

Krittawit Krittayarungroj, Marketing Manager of Dell Thailand, stated that Dell lowered the price of the Dell Streak 5-inch tablet by about $100 to around $560. Samsung, on the other hand, has already lowered prices of its 3G-enabled Galaxy Tab from $624 to $492.

Country Manager of Toshiba Thailand Takon Niyomthai stated that Toshiba would introduce its Android-based tablet next month in order to capitalize on market demand with a price above $495.

The netbook computer segment has not been too affected by tablet computers due to the fact that devices ranging in price from $630 to $730 still remain appealing to the general population, especially students and mobile gamers.

General Manager of ARIP Plc Pathom Indarodom stated that 70%  of the roughly 50,000-square-foot convention center was dominated by tablet and notebook vendors with the rest of the area held by internet TVs. ARIP Plc was this year’s organizer of Commart Comtech Thailand 2011.

ARIP expects roughly $60 billion in sales to be generated at the event. Notebooks would remain the best sellers, however, tablets are likely to be in the top three, according to Indarodom.

Rack-Mount Server rentals are ideal if your company needs an extra storage unit for company information while you are testing various types of storage solutions.

Whether you need a short-term rental or a long-term lease, we have the right kind of server for your needs.