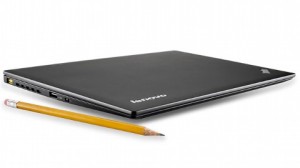 Lenovo recently announced that its lighter, quicker ThinkPad will go on sale later this month. The device was originally unveiled last Spring as a part of the company’s effort to attract buyers more interested in smartphones and tablets than PCs. Lenovo is also hoping that the new ThinkPad X1 Carbon can help the company overcome the sluggishness that has overtaken the PC market.

According Rob Enderle, an analyst with Enderle Group, “Light, portable and fast charging, this is Lenovo’s halo product. It is a showcase of what the company is capable of. It is kind of an anti-tablet, targeted at people who want the portability of a tablet but still need a notebook computer.”

Lenovo’s ThinkPad Chief Designer Arimasa Naitoh stated recently that the company is looking to move beyond its traditional laptop strategy. The ThinkPad recently celebrated its 20th anniversary. The device was first developed by IBM but was then sold to Lenovo in 2005. Like many other PC manufacturers, Lenovo is trying to figure out how to deal with the slumping PC market.

Industry analysts suspect that the low PC numbers are the reason that Lenovo decided to come out with the ThinkPad X1 Carbon. This device is part of the company’s ultrabook category of thin, light, high-performing laptops that are powered by Intel’s latest generation of processors.

Ultraportable computer rentals are some of the most popular pieces of technology that Rentacomputer.com offers to customers. The light weight, high portability of these devices along with the high-performance technology makes them perfect for the temporary technology industry.

Businessman who are constantly traveling typically look into renting an ultraportable laptop for their portable technology needs. Rentacomputer.com even offers Lenovo laptop rentals, just in case you are particularly fond of the brand. The Lenovo X1 Carbon should be a good device, but whether or not it will revitalize the slumping PC business for Lenovo is another story.