Windows 8 Tablets from Asus to Have iPad Pricing Scheme 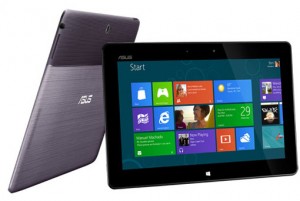 With the October 26 release date of Windows 8 inching closer every day, Windows 8 tablet makers are starting to make announcements left and right. The most recent announcement comes from Asus, who has announced that it will be pricing its upcoming Windows 8 devices comparatively with Apple’s iPad. This news comes straight from the head of Asus itself, President Jerry Shen.

According to Shen, Asus will “use the price of Apple’s new iPad as a reference” when pricing Windows 8 and Windows RT devices. The news came during the company’s second-quarter earnings conference call but did not specify what the term “reference” meant exactly. Basically, there is no word on whether this means that these devices will be priced to compete with Apple’s new iPad or that they will be used as a loose pricing guideline.

In addition to that, Shen addressed Microsoft’s soon-to-be-released Windows 8 Surface tablet, stating “if Microsoft launches its Surface at US$199…it will cause difficulty for Asustek’s Windows-based tablet.” Shen is particularly worried about how Asus’ tablet will stack up against Surface if Surface is priced so low, which leads me to believe that Asus’ tablets aren’t going to be cheap.

Shen did mention that the new Nexus 7 tablet from Google, which Asus manufacturers, will provide the company with a very large boost financially. Windows 8 is definitely causing some distress and controversy, especially in the realm of tablets.

Windows 8 tablet rentals are sure to be hot commodities from Rentacomputer.com when they launch later this year as many people will be eager to try out the new technology before they throw down the cash needed to purchase it. Apple’s new iPad will also be extremely popular, just like current iPad rentals. Whether this will be an actual iPad 3 or just another “new” iPad remains to be seen.