iPad Competition Could Prove to Be New Touch Screen Ultrabooks 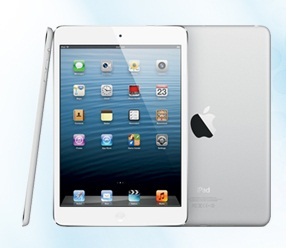 It appears that the iPad will be facing even more competition over the next few months.  It wasn’t enough that its smaller sibling, the iPad mini, drew more demand from consumers even after the fifth generation model was released.  The Mini wasn’t the only rival of the 10-inch iPad.  Consumers have been drawn to other 7-inch tablets, such as Samsung’s Galaxy Tab, Amazon’s Kindle Fire, and Google’s Nexus 7.  Overall the market share jumped from 12% to over 42% in favor of the 7-inch competitors.  There is growing concern about Apple’s ability to maintain market share with a slowdown in 10-inch iPad sales.

According to Glen Yeung, Citi analyst, it’s not just rival 7-inch tablets that pose a threat.  Yeung doesn’t see much in the way of innovation coming from tablets later this year but he does see ultrabooks stepping up to the plate.  The chipmaker, Intel, will require all new ultrabooks based on the Haswell processor to have touch capabilities with possible pricing as low as $599.  It is conceivable that these types of touch-based, ultra-thin notebooks, if priced just right, could create some real competition for the iPad and other 10-inch tablets.

The flexibility that the iPad or other notebooks provide will be kicked up a notch with the touch-based capabilities on an Ultrabook.  Whether you like the 10-inch or 7-inch screen, a tablet or new ultra-book can make conducting business so much more convenient.  I witnessed this for myself this past weekend.  My daughter cracked her back glass on her iPhone and while walking around the mall we noticed a kiosk providing glass replacement services.   This kiosk moved to different locations in and outside the mall frequently.  When we checked out, the guy picked up his iPad with a cash register app and plugged in his credit card reader.  Printed off a receipt from a small receipt printer and off we went.  As we walked away I thought about how this guy could probably expand his kiosk business instead of having to move around so much.  The easiest part was the availability of rental computer equipment to make this happen.  A huge expense for any business is computers and printers.  By having the ability to rent the equipment, the business owner eliminates stress, cost and depreciation.  There is also the ability to upgrade more frequently to the newest technologies available.

Renting equipment from tablets, laptops, computers, printers, copiers to faxes is quick and easy with the help of a Technology Travel Agent. So contact your Tech Travel Agent today to ask about our iPad and iPad mini rentals and get a free analysis of your business needs.