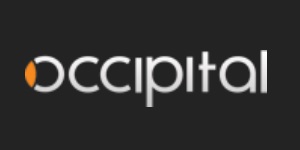 We have all had the issue of running to the hardware store to pick something up for your house, only to forget the dimensions of the piece of hardware that we needed. I’m sure we have also all had a desire to play games in actual 3D and not just see it on a stationary screen. Well, as if things weren’t getting too science fiction-y enough for you, Apple is now working with a new company, called Occipital, which has been working on a new 3D Structure Sensor module that can be placed perfectly on your iPad. I won’t even lie, this looks AWESOME!

The new sensor has some very cool uses to help out with everyday tasks, to augmented reality games! This sensor will actually digitally capture the dimensions of an object or space just by simply moving the camera around and scanning the object in real time and in real space. You will then have a digitized 3D “print” of whatever object or space you captured. This in itself is perfect for architects and interior designers alike. The 3D rendering capabilities of this piece of tech are actually daunting at how quick it can capture objects and space. This scanner can actually also be used with many other devices, despite it being designed specifically for the iPad.

The backing for this hardware is actually being hosted by a very popular “do-it-yourself” funding site called Kickstarter. Their particular Kickstarter has already reached its goal on the day that it started. This looks to be a very cool new way to use your iPad and will be able to open doors to home designers, gamers, and 3D designers alike. I for one couldn’t be more excited for this incredible technology to be released and this is something that I would recommend everyone and anyone to look out for. This is going to be big.