Going to Miss an Office Meeting? Skype Could Help You Out With 3D Video Calling. 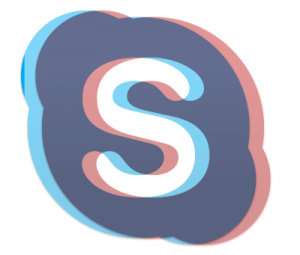 Skype is working on some new technology that will for sure be very impressive when used once and then immediately forgotten about for the rest of time – 3D video calls. The project was unveiled in an interview with BBC to celebrate Skype’s 10th anniversary, but it could be another ten years before we see this little project come to life.

Microsoft’s Corporate vice president for Skype, Mark Gillett. told BBC that Skype’s laboratories have been doing tons of work on both 3D capture and 3D display of skype’s video calls, and even though it’s impressed with the progress made in monitors and TVs that can produce a 3D picture, the company still firmly believes there’s a lot of work needed to be done before the 3D capture technology is where it needs to be. That’s because there’s too many factors to consider when setting up the multiple cameras you need for producing 3D images angled perfectly as you need them for live video calls.

Gillett said in the interview with BBC that Skype currently has the tech working in the lab, but needs the hardware ecosystem to be able to support it before it’s brought to life. But he did also said that 3D video chat would take much longer to catch on with consumers than other 3D video tech, which makes one wonder if it ever really will.

After all, 3D movies and television efforts have been seen by many industry watchers as a pretty big flop. The BBC threw away all plans to use 3DTV technology for its programming, seeing little to no demand and the need for big goofy glasses as part of the issue, neither of which will encourage the massive cost paired with the filming and airing 3D content. Sony also seems to have discontinued its dedicated 3D display for PlayStation, despite 3D gaming seemingly being one of the only logical uses for the technology. No official statement on this has been made by Sony, but it doesn’t take a rocket scientist to see what’s going on and what’s not.

In the BBC article, Gillett says that Skype is focusing on more practical improvements, like introducing 1080p HD video calls to hardware beyond the upcoming Xbox One console. Building 3D video calling capabilities in the unlikely event anyone will even care might be a pretty good idea, but it’s looking like people aren’t that interested in the idea like everyone thought they would be. In my opinion… If they can’t keep my friends from sounding like robots and looking like pixelized Super Nintendo video game characters during a regular video call, maybe they should focus their efforts some place else! What do you think?