3 Out Of 4 Apple Devices Are Running iOS 7 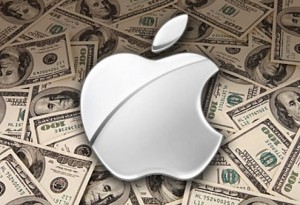 Everyone loves an upgrade. More so, everyone loves a good upgrade.  Whether you are upgrading your car, your TV, or home furnishings, it is safe to say that an upgrade is a nice thing. Software upgrades are always nice as well. When you are able to run your device at a faster rate than you would normally, all because of nifty little update. Semi-recently, Apple released the new iOS 7 update and, as is expected with any large firmware update, there were a few bugs. It happens sometimes, which is why we always see the much smaller sized updates that come after a major one to fix whatever bugs that may have slipped through the testing.

Apple’s release of iOS 7 came with quite the design overhaul, along with many different features that some may have not even known about. Many of them were little design features, but nice little upgrades nonetheless. Some of the features included text time stamps, which can always come in handy, the ability to block calls, and the fact that the Clock app icon now actually moves like the face of a clock actually would. Again, sometimes it’s the little things that matter the most.

Looking For The Latest iOS On A Large Quantity iPad Rental? Click Here!

The design overhaul has had to have done something as now Apple is ahead Android in terms of how many of users have upgraded to the latest operating system. Apple has taken the number of users that have logged into the App Store through their Apple devices and has calculated that about 74% of their users have upgraded to iOS 7. The test was taken based off of a 7 day period that ended on December 1st.

Android, however, has not been met with the same type of love and support towards their newest OS. Many of its users are still running on the “Jelly Bean” OS. The newest OS release from Android was the “KitKat” OS update, and has not seen much of a push at all. The new KitKat OS has only seen about 1% of users utilizing the new OS as it is only available on certain devices. The previous OS, Jelly Bean, sees over half of the Android users utilizing it. Then there is the “Gingerbread” OS, which is about 3 years old. This OS still holds about a quarter of the Android users. Not exactly the best look for the new KitKat OS.

Android has been attempting to outshine Apple in sales for the longest time and has been able to do so in some aspects. The one area that Apple can stand firm on that they own however, is that the company is seeing the most user response to new software updates.

Many have complained about the new iOS 7 look and feel, but it is impossible to make everyone happy as they always say. There have been quite a few complaints due to the initial issues that came the with new update, but Apple has been progressively trying to remedy these issues in as few updates as possible, which is a very commendable thing indeed. It looks as if iOS 7 will continue to see a rise in users as the months go by as well, should this rate keep up.