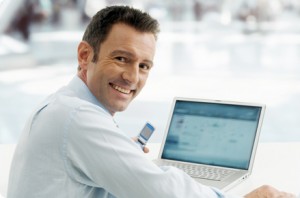 It’s no secret that with certain companies, employee turn around time can be a bit disheartening. That being said, there is still a high demand for jobs, as the economy clearly shows. What better way to gain more possible employees than with a job fair? One health care company has decided to do just that. They stated what they are looking for in an employee, listed how many positions they are looking to fill, and the job descriptions. The company, however, refrained from the typical paper and pen applications and went for a more modern approach. The company actually decided to do the application process through laptop rentals.

The use of that technology during the interview process allows companies to already “get a read” on some of the potential workers. By doing away with the paper interview process and the potential hassle of losing the forms and applications, you are already make a step in the right direction. Moving forward by having the application form online, you have essentially put all of your potential workers on a “speed-dating run”. Everyone is given the same application and test on the laptop or tablet, the person answers the test questions to the best of their abilities along with the actual application. More often than not the data is saved in the cloud. No more losing the application forms and losing a possible game-changing employee.

The ability to utilize technology instead of the paper application process also shows that a company is doing its best to move on and keep up with the times, so-to-speak. That is not to say that some companies may not still require it, but it does show that the company is doing what it can to remain relevant. Not to mention all of the tools that can be implemented my the use of laptops and tablets.

Renting these items for a job fair can only help as your company won’t be paying for the ownership of the items, thus lowering the cost of using the tech tremendously. By choosing to go with the laptop, you are going with a tool that everyone is familiar with, and by using a tablet, you make things a bit sleeker and more interactive. Not to mention that most tablets out now are faster than most laptops or desktop computers.

By moving to an online application, you also allow your potential workers to become familiar with your companies website, should the application be conducted through the site or by needing to continue the application via the online website. There really is no downside to using this technology at the next job fair your company may have. And remember, it’s ALWAYS cheaper to rent!