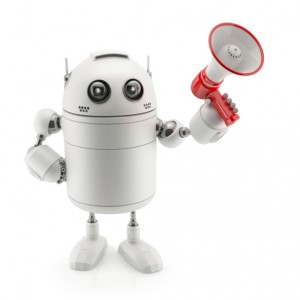 Last week when Samsung reported their fourth quarter earnings, they made sure to say that they have plans to expand and dive further into the world of wearables. Since then two reports have surfaced, both saying that the company is working on a second version of their Galaxy Gear smartwatch and also Galaxy Glass eyewear, which will be competing head on with Google Glass.

ZDNet Korea has said that Samsung will basically start from scratch with the new Galaxy Gear 2. The newest evolution of the smartwatch is said to have been completely reworked and redesigned. Samsung apparently felt as if some pieces of the smartwatch looked dull and boring, and they are going to remove all of those parts and make them look a lot better. No word on which parts they may be talking about, but we do know that Samsung will be using a flexible OLED screen this time around instead of the Super AMOLED that was used on the first one. The original Galaxy Gear came out in September, and the sequel to it is already expected to launch by March or April. It will probably launch right beside the new Galaxy S5 smartphone.

In other breaking news, there was a report from the Korea Times that says Samsung is also working on their very own pair of smartglasses that will be competing with Google Glass. The new smartglasses, dubbed “Galaxy Glass”, have an expected launch date of September of this year at IFA. This means that Galaxy Glass may be available to the general public before Google gets their glass on shelves.

Need A Samsung Technology Rental For Your Next Business Event? Call Rentacomputer.com Today At 800-736-8772

We have a little bit of an idea on how the glasses could work from the report too. They will display alerts, allow users to take phone calls, and also let you listen to music. These are pretty simple things which you would expect to be standard, so there will surely be way more features that Samsung will announce later.

In my own opinion, Samsung has always had the best smartphones on the market. All of you Apple fanboys can say whatever you want, but specs don’t lie.  It would only make sense for these glasses to be nothing short of amazing, so I really hope they meet my expectations. It’s going to take a little bit more than being the first to put them out to enable Samsung to dominate the market, and they are going to have to put in a little more effort than they did with the first Galaxy Gear.