We have all seen enough sci-fi movies and played enough video games that the idea of having wearable gadgets and spy tech seem very cool. It is crazy to see just how far we have come in the little time that “wearable” tech has come into life. While many of us are still waiting on rocket cars, hover boards, and even our own personal androids, there is still quite a bit to look forward to while we wait. Think about all of the times you’ve seen or heard the term “Google Glass” or “iWatch” or some other type of name for wearable gadgets and devices. It almost seems second nature at this point. But, does that show that we are now going into a time where wearable tech will become the future of technology?

The fact that the iPhone is still, arguably, the biggest smartphone on the market shows that regular devices like these and tablets are still around and kicking. That is not to say though that the other devices that we have heard of haven’t been generating more and more buzz. 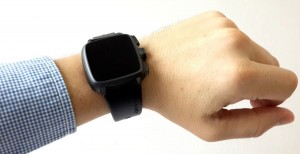 There have been good ideas and bad ideas, as is the case with any new type of device. Think of a typical pedometer, or even the classic Tamagotchi that some of us used to carry on our key chains. These were essentially the first wearable devices. Your pedometer stayed on your hip and counted your steps. The Tamagotchi stuck with you on your keys or on your backpack. Both of these were wearable tech. During the time period from that moment to now, we have mainly seen pedometers just get slightly more advanced with better looking screens. Then there are the not necessarily “bad” ideas, but more so, unpractical ideas. Take the “RingClock” for example. The idea of having a clock on your finger is a cool idea, but the novelty is sure to wear off after the first 10 minutes or so.

To Learn More About Technology Rentals For Business On The Go Click Here Or Call Rentacomputer.com Today At 800-736-8772

But for every bad idea, we do see advancements as well. Look at the rise of smartwatches. The Pebble and even the release of the recent Galaxy Gear smartwatch. There have even been plenty of rumors of the iWatch coming out as well. That can only be expected seeing as how Apple is sure to put its own stance on the competition. These ideas along with the ever-talked-about Google Glass, and even the new Samsung Galaxy Glass. These products are the first of their kind however, so expect to see high prices and even limited functionality. There are always kinks to work out you know.

With that being said, it is a pretty safe bet to see how these devices are doing the best they can to make their claim on the gadget and mobile device market. They really could be the future of technology. While some ideas like the “RingClock” are met with next to no interest, products like the Galaxy Gear and Google Glass are being looked at as examples of where to continue next. Watches that you can make calls on, and glasses that are basically computers for your face. It is all on the rise, but not until more features are added and prices drop substantially.