An Unexpected Star Might Be Jumping Into The Smartwatch Development Gladiator Pit! 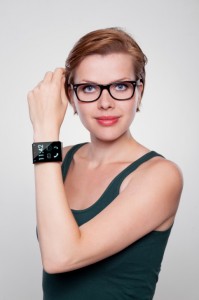 It’s a pretty standard thing to see tech companies releasing new devices. That’s what they do after all. They create, develop, and distribute. They are very good at what they do. Every once in a blue moon, however, we will see a company that typically has nothing to do with mobile devices, or any tech period, jump into the fray. They may develop something completely different than what is popular on the market today, or they may jump in with their own version of what’s currently selling everywhere. Then you have the metaphorical “unicorn”, if you will. When some celebrity jumps into the tech game and does their best to create something to compete with other companies. Wouldn’t you know it? It’s happening right now.

Will.I.Am has been known as well known tech enthusiast, but he has a surprise for everyone. Smartwatches are still trying to make headway with all of the setbacks that have been seen through multiple releases. The first Galaxy Gear anyone? Even with all of the less-than-amazing hype surround most smartwatch releases, the pop music performer and producer has a smartwatch for us all

The new smartwatch shown off by Will.I.Am on a UK talk show had him bragging a bit about what the new watch could do.

The first was arguably the biggest bragging right. While most, if not all, smartwatches require a phone companion for the device to work properly, his did not. His watch IS the phone. This is where Samsung may want to take some notes from mister Will.I.Am. Upon stating this fact, he proceeded to show the host of the talk show how exactly it happens. A few taps on the device on his wrist and you could hear the tones from all of the number buttons that you would on a normal phone. After he wowed the crowd that way, Will then went on to play one of his songs directly from the watch itself. He said that he works out with it and can even connect it to wireless Bluetooth headphones.  Needless to say, everyone in the crowd was blown away and cheering during the entirety of the showcase.

Here is where things got a little interesting. Will.I.Am made the claim that he invested his personal money into the watch itself, and had it developed with his own money as well. All funding came directly from him to create the new device sitting pretty on his arm. There were a few tweets from the superstar claiming that the release of the smartwatch could be seen around some time in July of this year. Odd to hear as usually rumors of tech are pretty well circulated through the internet super highway.

Much like how Dr. Dre took over the headphone battle with the introduction of his Beats by Dre, we might be seeing Smartwatch by Will.I.Am sooner rather than later. The simple fact that Will.I.Am. was able to show his smartwatch working as an independent phone should be enough to get anyone noticing. He didn’t go into any specs, nor has there been anything heard or talked about over the internet. At least, not yet. Smartwatches are still struggling to make their way to where the tablets have made it, but this could be the jump start that the device has been looking for.