So You Want To Become A Google Glass Explorer? Now You Can!… For One Day. 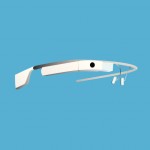 We’ve seen a few new devices begin to take the stage and cause a bit of a ruckus on the consumer market. Tablets are still going strong, with no signs of stopping. They’ve been high up on the totem pole for some time now, all thanks to the iPad. Now, smartwatches are starting to make the trudge up the tech mountain. With they still have a ways to go before they become anything spectacular, we can expect to see something great in the future for sure. One thing that has been continuously shrouded in mystery, but has had a multitude of people looking into it, is Google Glass. The entirety of the product has been shown in a few different models around the internet, with nothing really set in stone. Soon, however, you may be able to snag a pair to see up close, and use for yourself.

In case you are unaware, Google isn’t blind or deaf. What I mean by this, is that the company has seen just how many people are interested in using their new technology and seeing what it can offer them first hand. It seems as if everyone in the world was completely captivated when they saw the new gadget that Google had in store for everyone. Google event held a selective beta test just to satiate some people’s hunger for the new device. The selected beta team is naturally small with some pretty strict guidelines as well. This is to be expected with such a huge product coming from Google. Even with the beta, there was still so many applications to apply for the beta testing period, that Google decided to do something a bit crazy.

Thursday Google came up with an announcement that has a few people setting their alarms for April 15th. Google’s Google Glass Explorer program will actually be expanded to anyone in the U.S. The “smartglasses” are not yet available for retail yet, but come next week, you’ll be able to purchase your own pair of Google Glass and join the many that are already on their own Google Glass Explorer adventures. Google is reportedly “very interested” in the feedback of those who have not been able to join the Explorer program yet. So their solution is to make their product available with a free pair of shades or glasses frames, for one day only. The offer is slated to go up on April 15th at 6 AM. By going to the Google Glass home page, you can even set yourself up to get a reminder the day that they drop so that you can be sure to get your pair.

Note that Google has made it quite apparent that the spots in its program are pretty limited. It’s all about supply and demand right? Naturally, we can expect to see just about every pair of Google Glass being used in the Explorer program. The only downside is that, much like the way that Google has been secretive about their new product, the program has been kept secretive about how many people will be able to join in on the program.

The sheer number of people who constantly apply for the beta, coupled with how many people will be added to the Explorer program on April 15th, is only proving just how powerful Google’s influence could be. There have been a few videos of what the Google Glass can do already, but now a select few more will be able to experience it themselves. We should hopefully see the full product available later this year.

If Your Next Business Project Involves Application Testing …
Call The Experts At www.Rentacomputer.com Today At 800-736-8772