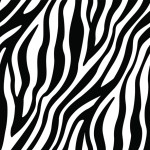 This business world can tend to be a bit ruthless. Anyone who watches the news or keeps up on the stock market will tell you that. Many of the worlds largest corporations have seen their share of stock increases, bankruptcies, and buyouts. Obviously there is usually a reason behind. Most of the time, a larger company will come and make an offer to the owner of the company to either merge, or take on the company while still maintaining its name and identity. Usually the company that is being bought will have to be suffering in terms of sales for another company to take notice and/or for the company being bought to agree to the terms of the contract.

As of now, that is exactly what is happening to Motorola. When you hear the name of that company, you probably think of the Motorola Razor phone’s. Mainly due to the fact that it was the iPhone back in the day. In terms of social status at least. Zebra Technologies has decided to buy the Motorola enterprise unit of the company, for a very nice $3.45 billion… in cash.

If you’re unaware of what Zebra Technologies specializes in, they work in anything involving kiosks, barcodes, receipts, RFID printer, and basically any other type of business supply like that. The company administers special tracking technology for large name companies around the world. Anything from helping companies like FedEx and Amazon keep track of merchandise shipped, to developing tech that helps track human statistics for athletic training purposes. Zebra Technologies claims that it creates technology that allows for customers to “take smarter actions”and are able to “provide greater visibility into mission-critical information”. While, yes, Motorola has recently been more involved with the tablet market instead of the many of their other mobile devices that they are more known for, have also sold barcode scanners as well. Since barcode scanners are one of the many business tech supplies that Zebra Technologies specializes in, it would only make sense for the company to buy the enterprise unit to expand the business.

For Your Next Printer Rental Check With Your Tech Travel Agent!
www.Rentacomputer.com 800-736-8772

Even with the expanse in business, one would think that Motorola was still able to maintain itself for a bit longer. There had to be another reason for the acquisition of the company right? Well here is where things may start to make more sense. All of the technologies are a part of  something called the “Internet of Things”, or IoT. The IoT is essentially a way to keep track of all of the physical merchandise that companies ship out by networking and connecting them through the internet. Back in 2013, Zebra Technologies launched a separate unit of business specifically designed to help businesses become more acclimated to the use of IoT to improve business productivity and operations. The unit was called Zebra Zatar. Since Zebra Technologies is directly involved with the Internet of Things, and all of its products help maintain the IoT’s stability, taking on Motorola’s enterprise unit may make more sense seeing as how they are involved with barcode scanners, which help keep track of physical goods for companies.

This wasn’t the first time that Zebra has bought a company with straight cash. This past December, Zebra took on, and bought Hart Systems for $94 million in cash as well. Hart Systems provides a cloud based inventory management system used by business to help keep track of stock. Again, also the perfect way to keep the IoT in line.