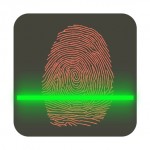 How do you judge something as a gimmick these days? No matter how deep you look into a product’s features, the designer of said product will do their best to sell you in any and every aspect. Now mind you, that’s their job. It’s still pretty easy to see through all of the glitz and glam of a new device or added feature, and look at the meat and bones of the product. Here’s something that may be a bit opinionated, but I feel as if there was a feature on a device that came out recently that I felt was very much a gimmick. If you have an iPhone 5S, you probably know what I’m going to say. Yes, I’m talking about the fingerprint scanner.

I’ve never been one to hate on Apple or any company for doing what they need to do in order to move units. The one that I do tend to dislike is the impracticality of certain features like the fingerprint scanner.

When the phone first came out, the fingerprint scanner was the biggest deal since sliced bread. Then came the multitude of articles reporting how the phone had been unlocked by something OTHER than the users fingerprint. There were reports of the device opening up from cat paws, elbows, and other body parts that weren’t a finger. Whether this was due to faulty tech or if this was really just a way to add a selling point to the already hot iPhone, it was enough to cause a lot of people to question the device’s reliability.

The iPhone 5S was the first to start this type of security feature, but it will definitely not be the last, that’s for sure. Apple’s new fall line looks to add this same feature to these new products. Rumors are rumors yes, but it seems like these would just be things that Apple would do. The iPad Air 2, The iPhone 6, and the iPad Mini 3 are all more than likely going to get the fingerprint scanner treatment. If this feature decides to work properly instead of opening via a cat paw, then Apple would really have added a practical feature. Adding this to the tablets opens up a whole new world as well.

Samsung has taken this into consideration and put their own version of fingerprint scanning tech towards their new tech line as well. The new Galaxy Tab S line is slated to have a fingerprint scanner accompany its many other features when it’s finally released.

Tablets gaining this feature means that there could be more than just a security usage for locking people out. If programmed, and utilized correctly, we may be able to see something like multiple users being able to use the same tablet. Each user would have their own settings and apps based off of their specific fingerprints. Again, this all goes back to if the feature will actually work properly this time. It’s definitely not a bad idea to add this feature to the new devices, but then comes the question of gimmick.

I tend to feel that a simple password that only you would know, still works just as good, if not better, as a faulty fingerprint scanner. Still though, should they have perfected the technology now, it could be considered useful. You’ll just have to make your own judgment call on it. I’m still on the fence about it. Not sure if gimmick, or if actually useful.

For Your Next Apple or Android Tablet Rental Visit www.RentOurTablets.com Today or Call Us At 888-736-8301