We May Have Hologram Projectors In Our Smartphones As Early As Next Year! 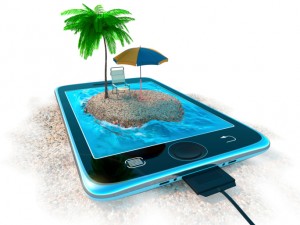 Since there will be a multitude of articles coming about the WWDC 2014 event, I felt it might be best not to over saturate the internet with it and talk about something equally as cool. Holograms. I know, I know. It sounds far fetched. It sounds next to impossible with the technology that we have available to us today. Think about this though. If you recall, 2012’s Coachella featured a performance by the late Tupac. No, it wasn’t an actor or a stunt double. It was a straight up hologram. That’s arguably the craziest part about it. It was something that no one has seen yet. Something thought to be impossible by today’s technical standards was now possible and happening in front of thousands of people. Sources say that we might soon be able to see this in our smartphones as well.

I know what you might be thinking: There is no way that my iPhone will go ahead and create holographic 3D imaging. Well, in it’s current status, you’re absolutely right. But if it was done 2 years ago, what makes you think that the technology isn’t already in development to make that possible via your mobile device?

How did they even make that type of holographic imaging possible you might wonder? By the use of a high powered projector of course. That’s exactly how any image is created when it’s thrown onto a screen. You saw it on Star Wars! Princess Leia and her “Help me Obi-Wan” speech. That was a hologram, just like Tupac was. Now a company called Ostendo is taking all that we’ve seen, learned, and experienced, and minimizing it so that it can fit in our smartphones.

Currently, the company is working computer chips that will make it possible for our smartphones to project 3D holographic images. So far, there’s been roughly $90 million raised just to fund this type of technological research and development. Right now, the company is in the process of developing units that are capable of 2D imaging that should be available to public consumers in early 2015. The company is looking to have the computer chips capable of 3D imaging for the end of 2015. The chips themselves are expected to be priced at around $30. Not a bad price for phone companies at all! One chip is expected to create an image of up to 48 inches. As with most computer chips, and life in general, having more equals more power. having more than one chip operating at the same time will allow for larger and more complex images to be displayed.

This type of projection technology coinciding with computer chips that allow for 3D holograms is nothing short of impressive. I can’t help but find myself daydreaming of having miniature concerts in my house all being played through my smartphone. People don’t normally think of projectors as something this advanced, but the level of application that could be utilized in this technology is unreal. If they can put it in our smartphones, who’s to say that we won’t eventually have office projectors that will be able to display graphs, charts, and more in full 3D holograms. This is the type of technology that I’ve been waiting to see, and I’m extremely hopeful and excited to see what 2015 is going to bring us in terms of smartphones, AND projectors!

For An Affordable Technology Rental Contact www.Rentacomputer.com Today At 800-736-8772