Look Out Apple, Google Has Some New Plans Of Their Own! 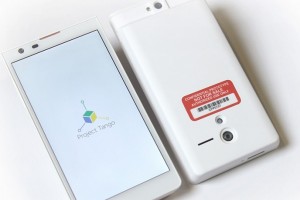 Every once in a while, there will be a new type of technology to emerge that truly blows people away. Over the past 20 years alone, we’ve seen a huge step in technology. Everything from mobile computing to gaming, and even video recording. All of it has come so far. Over that time frame we’ve seen some companies slowly take over the mass consumer market. One company in particular has stood out on a global scale it seems. We all know them. Apple. They’ve climbed to the top and have since stayed there, waiting for something or someone to challenge their throne. There’s one company that we all use and are all familiar with that just recently showcased a few projects that will get ANY techie dropping their jaw. That’s right ladies and gentlemen, Google has been hard at work.

We’ve all known Google to be the one search engine that we all resort to in order to find basically anything on the internet that we’re looking for. Whenever you need to find information on, virtually, anything, you go to Google. They’re not just the search engine company anymore however. Along with the rest of their recent projects, they’ve been developing something much, much more progressive.

Just recently we say the Google’s I/O event, (think Apple’s WWDC event) and they showed off quite a few new and amazing technologies. They’ve not put them out for consumer retail yet, but that’s what these events are all about right? To show you what will soon be available to you for purchase and rental, and let me just say, these projects look absolutely incredible.

Google showcased something called Project Tango at this years event. What is Project Tango you ask? Well the project is coming from a department called ATAP. ATAP, or Google’s Advanced Technology and Projects division, is basically the smaller version of Google X. Google X is the same division of Google that brought us Google Glass and their new self-driving car (still in development). ATAP is currently running 11 different projects right now, but the two that made the most noise were Projects Tango and Ara.

Project Tango is something that truly blew me away upon learning more about it. It’s a software and technology that takes multiple cameras accessing both location and depth information to create 3D rendered images in real space and real time. Project Tango, while not necessarily “new”, still hasn’t gained enough speed for it to be a readily talked about topic. Google released the software on a smartphone back in February, and now have released it on a tablet version. The tablet version is now available for developers to purchase and work with. This way, they can develop an entirely new line of apps to work with the new depth and location sensing technology.

Project Ara is a more basic concept, but sometimes the most basic of ideas are the ones that work the best. Have you ever wanted a phone that you can design yourself? Where YOU choose all of the features that come with such as the camera or battery life? Google’s answer is Project Ara. Project Ara is a modular smartphone project that essentially will let you pick and choose exactly what will be included with your new phone. That is, after the project is finalized of course.

Google’s I/O event really showcased some things that I thought we were going to be waiting years and years for. Apple may be at the top still, but companies like Google are closing in fast.

For The Latest Technology Rentals Contact Rentacomputer.com Today At 800-736-8772