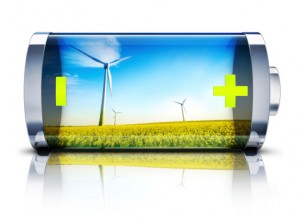 Battery life is one of the biggest concerns of smartphone buyers. Even though we hate it when our phone dies halfway through the day, studies have shown that we still refuse to buy bigger, bulkier phones that have a better battery. One of the biggest perks of Android L is that it is designed to give your phone a big battery boost. The battery life enhancement is called “Project Volta”.

Project Volta isn’t just one simple change, it is a whole new design to many different parts of the system in order to make sure you get the most out of your battery.

There is a tool called Battery Historian that Google has built into the new Android system. It allows developers to see exactly what is using all of the phone’s battery life. Not only that, but it lets them see how much it is using, what time it is using it, and gives them a really good idea of how to fix it. Because of this, it has allowed them to make many changes that lower the battery consumption of phones running on the new OS. This is also good for app developers, letting them adjust how much battery the app will use.

The Art runtime environment is available for testing on Android 4.4, but the version that comes with Android L is much more in depth. This will give it a huge performance boost and a lot of new features like being able to run on 64-bit systems.

Basically, it collects and optimizes an app’s code every time it runs and acts like a buffer, so less processor time is spent on it. This means less power use, so it will also affect the battery life.

No matter what you do or how careful you are, there is going to come a day when your phone is about to die and you won’t have anywhere to plug it in. There have been a few companies that have put in a battery saving mode into their phones, but Google is building one directly into Android L.

The default setting makes Battery Saver mode kick in when your phone is at 15%, but it can be adjusted to whatever you want. Once is kicks on, it will lower your processor speed, dim the screen, reduce animations, and reduce radio usage. That should be enough to dramatically slow down your battery usage and hopefully save it until you can find some place to plug your phone in. 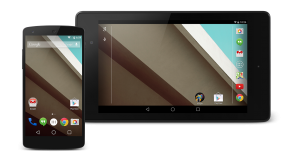