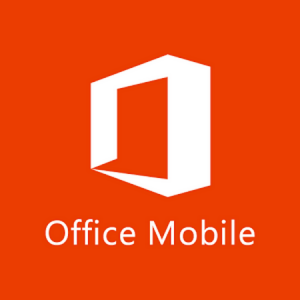 There are a few essentials that every company or office building should have. Naturally, all of the main items should be there. Files. Copiers. Projectors. Computers. All the typical business-y things. There are a few things that you may not even realize that you need, but don’t have. It’s easy to get distracted, or even complacent with certain work programs, that you might be just settling. There are better, more productive work programs out there. If you’ve not guessed it yet, I’m talking about the Microsoft Office programs. Yes, Microsoft Word and PowerPoint can be used outside of high school, they can actually be pretty handy assets for most companies.

There are a few restrictions for some though. While it may not seem like the biggest deal in the world, not everyone uses computers anymore. Many of the companies have  moved towards the future and have started incorporating tablets into their work environments. Not everyone uses iPads either. Although Apple is pretty much dominating the ranks in terms of who is getting the most consumer usage with tablets. That being said, Android is not fairing badly. There are some out there who prefer to use Android tablets, and will gladly use it within an office setting. There is one problem, though; Android tablets have not had access to Microsoft Office… until now.

While it may not exactly be available for consumers yet, it has undergone its preparations for beta testing by selected users. Naturally once testing has finished, it will be ready for the consumer market. Testing should be done with quickly as well, as Microsoft has looked towards the end of this year to release the new Office for Android. There is no set number yet for how many users will be selected for the beta testing process. If you are interested however, there is a pre-release program that you can sign up for in order to be considered by Microsoft. If selected, you’ll be able to get a look at all of the software before the beta testing process even begins.

Office for iPad has already been released, so Apple users should feel lucky. When it actually became readily available to the public, naturally, means that they skyrocketed to the top of Apple’s App Store downloads. You can even download each individual program separately should you want to. If you want Word, without Excel or PowerPoint, or any combination of the three, you don’t have to download them all. Just download what you want and you’re good to go. The best part is that their free

Don’t jump for joy at “free” just yet though. All that glitters is not gold. Nothing is ever COMPLETELY free. While Microsoft may have plans to make the new Office apps available for free download on Android as well, that doesn’t mean you will be able to get full access to it. It’s even like that with the Apple version. While you may have downloaded the apps for free, you still must pay a $99 annual subscription fee in order to fully take advantage of all of the features. Even the Android phone app versions of the Office programs require a subscription.

It feels as if it’s been a long time coming. If Apple has already gotten it, it was only a matter of time before Android got it as well. Thankfully, Android tablet users should see these new programs later this year.

Android Tablet Rentals Are Available Now, Call Rentacomputer.com At 800-736-8772 For A Quote!