How Long Until Smartwatches Become The Next Big Thing? 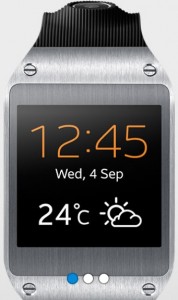 I have a question for everyone out there currently reading this. I want you all to think hard about this as well. Wearable technology. Is it really even something worth investing in? Should you spend your money on it? I guess the best and most basic question to ask is, “Is it worth it?” Remember that there are some things out there that can look a lot more intriguing than they really are. I’m just as excited about the iWatch, just like everyone else is. I thought the idea of smartwatches was… interesting, to say the least. Having said that though, I feel as if there are some things that need to be addressed when talking about these new devices.

First off, lets get this out of the way. I love new technology. I honestly do. But I also love technology that I know I’m going to use. I feel like a smartwatch is something that I wouldn’t use. Here’s why. My smartwatch isn’t necessarily doing anything different than my phone can’t already do. You’re going to have to offer me more than just a few fitness apps to go ahead and justify me forking over my hard earned money for that. Speaking of apps and money, how mad would it make you to find out that an app that you just downloaded for your new smartwatch DIDN’T download and you couldn’t fix it? Some Android Wear users are experiencing this exact issue.

The way that Android Wear apps have worked so far is in a more connected way. By this, I mean that as long as there was an app downloaded to your smartphone, that same app is downloaded to your smartwatch. This will happen as long as the app was downloaded from Google Play. The only issue is that Google Play is also the reason why the paid apps for Android Wear aren’t being downloaded. All do the paid apps are encrypted by Google to help cut down app and software pirating. The encrypting is the biggest part of the failed downloading process though. In an attempt to cut down on pirating, Google’s encrypted apps have caused the Android Wear to not download the files because it “doesn’t know how to extract the file of an encrypted apk.” Since this is the case, the Android Wear software will assume that there’s nothing to install and abandon the installation process.

Naturally there are many users out there who are less than pleased. There should be a fix coming soon, but neither Android nor Google have come out with any concrete statements regarding the problem.

I just want it to go on record that I understand that this technology is still new. I have high hopes for the iWatch. I can only hope that Apple will learn from their competitors mistakes and will avoid issues like this one. Hopefully they will also give a reason for customers to buy it by making it a practical purchase. There will always be the buyers out there who choose to buy just because it’s new technology, but I also feel that society is looking for something a bit more. After all, there has to be a reason why tablets are still dominating and the smartwatch doesn’t seem to be moving as many units. Right? I’m just not sure that smartwatches are going to be as promising as we all want them to be.

Only time will tell.