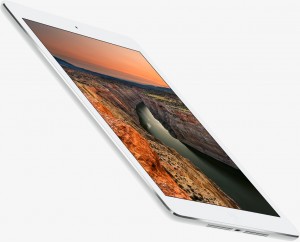 If the latest leaked photos of the new iPad Air 2 are actually legitimate, then there are only going to be a few tiny little changes made. Most of the changes are going to be only on the back casing.

The Chinese website Weibo has been posting leaked photos of lots of highly anticipated releases lately. They have posted some photos showing the rear casing of the next iPad Air showing off the not-so-awesome design tweaks that are almost non-existent.

Apple started off as being the top dog in the tablet realm. The iPad was pretty revolutionary and is what started the whole trend. Since then though, Apple has slowly been falling off in the tablet game. A report in July from IDC showed the iPad’s second quarter market share at 27 percent worldwide when it used to be at 33 percent at this same time last year. Even still, Apple remains the top tablet vendor in the world. The only thing is that Apple needs to be sure that the next installment of the most popular tablet in the world has got to be just at innovative and intriguing as the ones before it. If they don’t do that, then there will be no reason for consumers to upgrade and they will start to slip even more.

Aside from the minor tweaks to the casing that were shown on Weibo, the next iPad is supposed to have bigger speaker holes. Since they are a little bit bigger, they will be one solid row instead of the double row that is on the current iPad Air. The microphone will also be moved closer to the camera. The volume controls also appear to be more flush with the tablets casing and the photos don’t show a spot for the mute and orientation lock toggle switch that is on the current iPads. That is about it.

Hopefully the tablet gets some upgrades in the processor area. That would make sense because Apple has been upping their processors in the iPhone. There is also a chance that they will be putting in a fingerprint scanner as well. These things aren’t for sure, this is just me saying what would make sense. Apple is expected to officially announce the next installment of the iPad Air some time in October, so I’m sure there will be many new updates between now and then. Stay tuned.

You Can Rent iPads In Virtually Any Quantity With www.Rentacomputer.com 800-736-8772