Don’t Worry, Microsoft Fans! Windows 9 Is On Its Way! 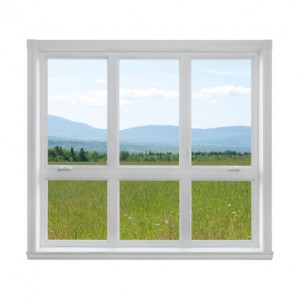 I feel as though Microsoft has been lacking quite a bit lately. I won’t lie, I’m a bit saddened by it, as I’ve always had a soft spot for Microsoft, and Bill Gates was my hero growing up. That being said, if you’re looking at it from a strictly business perspective, they’ve fallen behind by a lot. Companies like Apple and Samsung have all but surpassed them. They still may doing better than Acer and HP, but if I had to, I’d put them on par with Google right about now. Not down-talking Google. I’m just saying that Microsoft used to be the top dog in the tech industry. One has to wonder if they’ve fallen behind because of lackluster hardware or software such as Windows 8 and Windows 8.1.

No One Was Really A Fan

When Windows 8 was first released, naturally Microsoft hyped it up as much as possible. Advertisements left and right. It was looked at as being quite the overhaul of Windows 7. Windows 8 saw the use of integrated “windows” that seemed like a really great concept and on paper, it was. The biggest issue is that it may have been biting off more than it could chew with all it was trying to accomplish. The use of Metro, for example, made you have to get used to a whole new way of operating your device. If you had a PC, you were essentially using an OS interface that was meant for your phone. It works well enough on a tablet, but the idea of having all of their devices operate on the same OS interface isn’t exactly possible without some confusion. This is where they fell flat. That and they got rid of the start menu. Bad call, Microsoft, bad call.

So What About Windows 9?

Just so everyone knows, Windows 9 IS coming… but not in the way that you might want it. At least not yet. During the fall season of this year, Microsoft is planning on releasing a beta software version of their new software. They’ve titled the new software “Threshold” for now. They’ve done releases like this in the past where they have released beta versions of both Windows 7 and Windows 8/8.1 mainly for developer testing. The new “Threshold” software will take a bit more distinctive approach this time around for its download process. Anyone who decides to install the new software will have to agree to a monthly automatic update to the software. Just know that Microsoft made a good call with the new software and they will be bringing back the Start Menu.

Did You Know You Can Save A Lot Of Money With A Technology Rental? Contact www.Rentacomputer.com Today At 800-736-8772

Too Little Too Late?

Even though Microsoft is going to be bringing us Windows 9 in the Spring of 2015 (supposedly), you have to wonder if they’re a bit too late. Microsoft’s advertising has become a bit more visceral recently as they’ve seen how Apple has still been dominating the competition. Ads showing how much better Cortana is than Siri just show how much they’re trying to push their new products. It’s even rumored that they will be bring Cortana to Windows 9 as your personal assistant as well. We will see how that one pans out. Apple, Samsung, Google, Android, and other companies have been passing Microsoft, so who’s to say that Windows 9 will be good enough to make a splash in a market flooded with Apple and Samsung mobile devices.

I’ve grown to be quite the Apple fan boy, but I still love Microsoft and admire how far that company has come in the time that they’ve been around. I sincerely hope that they can properly integrate their new software to be something easy to work with and visually appealing. Apple can only stay king for so long, but I honestly don’t know if Microsoft will ever be able to hold a candle to them anymore, especially with how mobile technology has taken over. I guess we will find out next spring.