If You’re Going To Trade In Your Old iPhone For An iPhone 6, Do It Now! 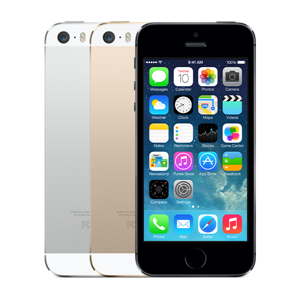 Are you looking forward to the iPhone 6 launch? Yes, everyone is. Word on the street is that it will be introduced on September 9th at a media event in San Francisco. This means that this is the time to trade in your older and/or current iPhone models. There are tons of companies right now that are ready to pay top dollar for your used phones, and it is crazier than it ever has been. Even eBay is going to offer sellers a $100 coupon if they are unable to sell their phone in an auction.

Right now if you are selling an iPhone 5s on eBay, you’re probably going to get about $500 or even more. This is more than ever, because when the 5s came out, people selling their iPhone 4 smartphones were only getting an average of about $280. With every new iPhone release, the amount of listings on eBay for older models increases. Right now there is a staggering amount of used iPhones for sale, and there is also a staggering amount of buyers.

NetWorth is a trade-in site that is pretty popular. They are expecting double the amount of trade-ins than they had with the release of the 5s and the 5c. Networth has a deal with Target right now allowing you to trade in your old phone for a gift card. Right now, you can trade in your old iPhone 5s for as much as $259. That isn’t as much as you might get on eBay, but you don’t have to wait for the auction to end, pay auction fees, and then wait to get digital money deposited in your bank account.

If you are in fact going to trade in your old iPhone to put the money toward the new model, you might want to do it as soon as possible. The value of any type of electronic device goes down daily. Right now, Glyde suggests a sales price of $413 for a used 64GB iPhone 5s on Verizon. Just last week, that same phone had a suggested price of $487. That is a huge difference for just one week. Every day that passes is just going to be a few dollars lost.

Need A Smartphone For A Short Term Rental? Contact www.Rentacomputer.com Today At 800-736-8772