What You Need To Know About Mobile Flexible Displays

For the past decades, there have been efforts from mobile developers to engineer display screens that resemble the properties of paper. As the battle for dominance on the tablet and smartphone market continues to intensify, researchers are working to make this vision into a reality, combining meta-foil substrates and polymer to a thin-film transistor (TFT) backplate. This union yields a thin and clear substrate with the barrier properties of glass. So, brace yourselves smartgadget fans! Flexible screens may become a reality sooner than you think. 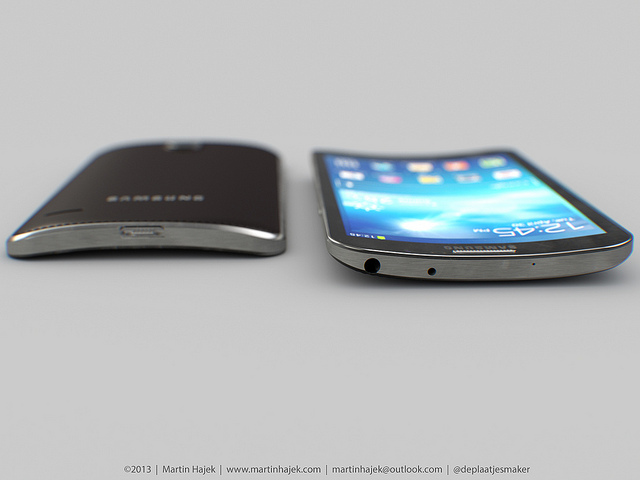 What are flexible screens?

In theory, flexible screens can be fully bent. They rely mainly on the current display technologies, such as the AMOLED (active matrix light emitting diode) and the OLED (organic light emitting diode). Since OLED pixels create their own light source, they don’t need to tap into the LCD screen’s power. Instead, they depend on the circuitry of the pixels infused into the glass. Meanwhile, AMOLED screens employ organic compounds to create their own light source, once current passes through them. For flexibility, the layers of glass are replaced with sheets of bendable plastic film, allowing them to be flexed without breaking the internals. 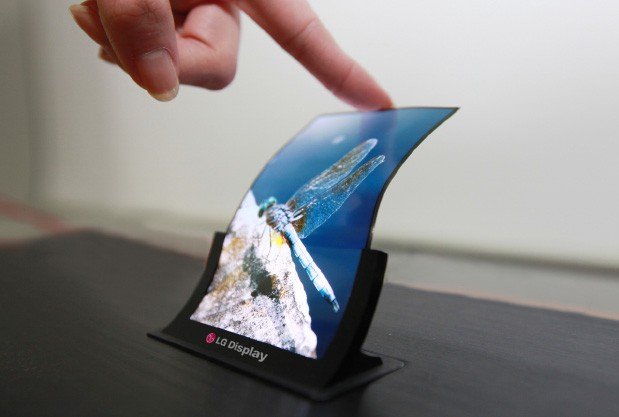 Last year, the DailyFinance reported that Apple is finally joining the bandwagon by conducting high-level meetings with Universal Display. Ideally, the screen has a massive portfolio of 2,700 OLED-centric patents. However, this negotiation has left the new string of iPhones from making the cut. iPhone 6’s predecessor, the iPhone 5c, is only mounted with an in-plane switching (IPS) screen, which is designed to remedy low response time and low-quality color reproduction. 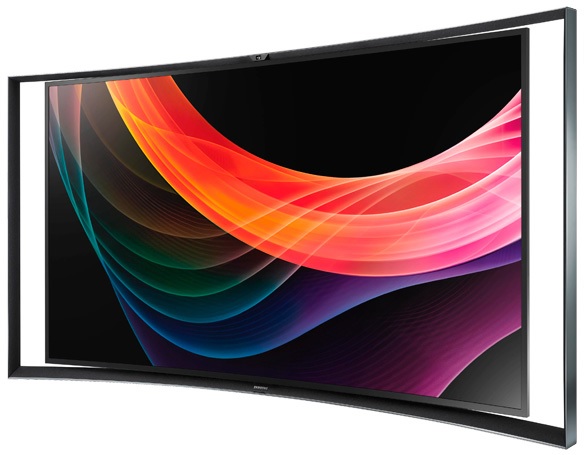 Earlier last year, Samsung also announced their attempt to create flexible screens. The company joined the FAMOLED (Flexible Active Matrix Organic Light-Emitting Diode) bandwagon by launching YOUM – the first “bendable” OLED display screen line of Samsung. When the South Korean-based company released its Galaxy Round last year, it was considered by some as the “dawn of flexible display smartphones.” However, The Round only has a curved display and not a paper thin, flexible display that Samsung used in its commercials. The company’s latest smartphone, the Samsung Galaxy Note 4, doesn’t have a flexible display. Rather, it has a “WQHD touchscreen” that features 4 times more pixels than the standard HD. 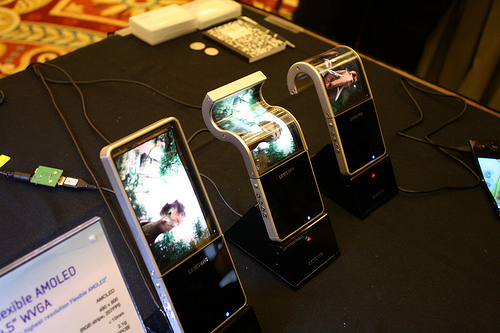 With Corning’s Willow Glass, there is hope for a flexible protective glass for bendable displays. Despite its thinness, the film has enough strength and flexibility, enabling displays to be wrapped around the device. What’s worth noting is that the company is pursuing high-temperature processes, which is blurred from the picture until today. Ideally, the Willow Glass can be processed at a temperature of 500°C, which the company claims to be essential, since it can’t be processed and supported with polymer films.

Gizmodo noted that the arrival of flexible displays doesn’t welcome the advent of bendable devices. There are still challenges to be conquered since the guts of tablets and smartphones are not meant to be folded, bent, or rolled up. Adding to the hurdles is the fact that batteries are not meant to be twisted. Earlier this year, CNET’s Jessica Dolcourt challenged the idea of Willow Glass, saying that it’s not sturdy to guard the internals. She also said that combined chemistry and industrial design don’t guarantee the handset’s ability to rebuff scratches and the long-term wear patterns, making it vulnerable to breakage.

While flexible screens are a wonderful theoretical technology, Forbes notes that they don’t entirely solve “real-world” problems that the mobile industry is currently facing. However, the good thing about phones with curved screens is that they are less likely to shatter when dropped.