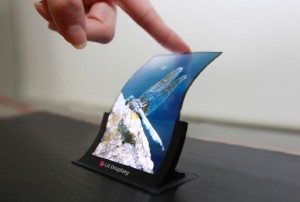 Generally when you see a new smartphone is coming out, it’s all about the huge screen, crazy processor, and whatever else it can do when it comes to productivity. The new LG AKA model phones are really weird though. The big draw to these new phones is the fact that they have their own personalities.

The line of phones literally have different character names. It almost feels more like a pet than an actual phones. All of the characters have their own back stories and everything. The weirdest part is that the phones actually have eyes above the display that actually move and go with the phones personality.

There are different characters and personalities you can choose from when buying the phones. You can choose from Eggy, who is always in love, Wooky who is a white phone that speaks in urban slang (hilarious), Soul who is a dark navy phone who loves music, or YoYo who is a pink girl who really loves to eat burgers and drink lots of soda.

If you are still reading, you probably think this is a big joke. It’s not.

All of the characters are based off of some sort of stereotype, which is pretty funny. And if you get bored of the color or the eyes start to creep you out too much, apparently you can buy cases to cover those up and change up the feel.

There is so much craziness here that you might have already forgotten to care about the technical aspects of the phones. But in case you’re curious, they have 5 inch displays, an 8 megapixel rear camera and a 1.2GHz quad core processor. They also run Android 4.4 KitKat. So, nothing outstanding or super impressive, but they are probably pretty on par with most other stuff out there that people are buying.

Right now the phone is available in Korea. Although there are no official plans to release in the U.S., a lot of smart phones start out as a Korean only thing before making their way here. So I wouldn’t be surprised at all to see these pop up soon, especially if they do well in Korea. They actually cost a lot too, almost $500 for one of these weird little guys.