Is Chrome OS Getting Merged With Android? Probably Not 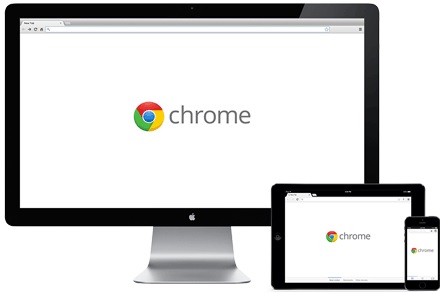 Earlier this week the tech world was sent into a frenzy over a Wall Street Journal report that said Google was going to “fold” Chrome OS into Android during the next two years. However, right after this happened all is not as it seems. Google has denied that the Chrome operating system is being dissolved while a plethora of other reports also claim that Chrome isn’t going anywhere. So what was all the kerfuffle about?

Android and Chrome have coexisted for a long time. Android is specifically designed for smartphones and tablets while the Chrome operating system has things like touch capabilities but is optimized for laptops and desktops. While the lines between computers and mobile devices are becoming thinner and more shared features are coming to every platform the report from the Journal was the first sign that a full-fledged merger was in the works. The Journal was also the only one to cause a stir about the fate of the Chrome OS.

Conflicting stories began to surface almost immediately after the Journal’s report. One anonymous source reported to Business Insider that Chrome OS will continue to be an option alongside Android while a third project will combine the best of both Android and Chrome. This story was corroborated by Recode, which also reported that Chrome would be sticking around. Recode also noted that there would be Android-based PCs in the works as early as next year. Sure there are some Android laptops and desktops currently on the market though Android isn’t optimized for these platforms.

TechCrunch also reported that Chrome wouldn’t be dissolved into Android with Google even denying the original Journal story. According to Senior Vice President for Android and Chrome OS at Google Hiroshi Lockheimer, “There’s a ton of momentum for Chromebooks and we are very committed to Chrome OS. i just bought two for my kids for schoolwork!”

One of the main reasons Chrome OS needs to stick around is the fact that it is far more secure than Android and the sandboxed safety of Chrome OS has given Chromebooks and Chromeboxes a lot of popularity in school settings and in some businesses. That alone means it doesn’t make much sense to get rid of Chrome.

On the other hand, Android is still far more successful as a consumer product and the amount of apps that work with it could really benefit laptop and desktop users. Unfortunately for Chrome, apps have never been its strong suit. This is why you should probably believe that Chrome won’t be going anywhere. Sure Chromebooks are great for schools and some businesses though a version of Android that works really well on laptops and desktops is definitely the better route to take. Even the Journal article stated that this unified operating system wouldn’t come until 2017 and a lot of things can change between now and then. I think it’s safe to say that Chrome isn’t going anywhere.

Sharing this story on Social Media? Use these hashtags! #Android #Chrome #Google