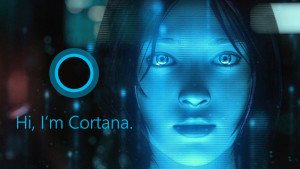 Tuesday saw the publication of a blog post by Microsoft that detailed precisely how anyone interested in assisting the company test Cortana on iOS devices could do so. Cortana, if you don’t know, is Microsoft’s new personal assistant and works similarly to how Siri works. One of the main differences between the two is that Cortana came with Microsoft’s latest operating system Windows 10.

Cortana is currently available on Android devices and devices running Windows 10. If you are interested in testing out Cortana on an iOS device then you can sign up by filling out a survey here. The survey will detail how often you use Cortana, the type of iOS device that you are currently using and the version of iOS that is installed on your device.

Microsoft has already stated that it is only looking for a “limited number” of people in the United States and China to test an early version of the app. The Cortana app will lack a few key features, including “Hey Cortana” to wake up your iPhone. This actually shouldn’t come as much of a surprise to anyone due to the restrictions Apple places on the platform. However, you will be able to interact with the app via voice doing things like requesting forecasts and setting reminders.

If you decide to fill out the survey, Microsoft will start sending out emails that give you download links “in the coming weeks” according to the company.

Sharing this story on Social Media? Use these hashtags! #Cortana #iOS #Microsoft #Apple