Why The iPad Pro Is Apple’s Biggest, Baddest Tablet To Date!

Apple’s latest product, the iPad Pro, is the company’s biggest, badest tablet to date. Improving upon previous iPad models, the iPad Pro comes with a bigger, better, and brighter screen, a better chip at its core, a better stylus, and an all-around better experience. 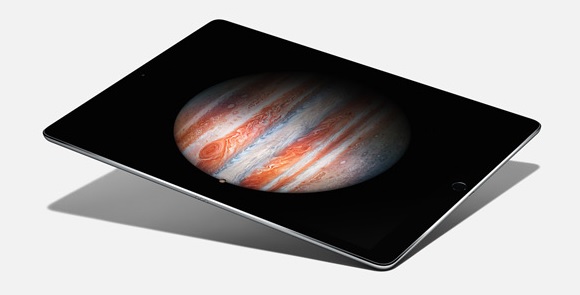 The new iPad Pro’s screen is one of the biggest (literally) new features. The 12.9-inch screen comes with a Retina Display featuring 5.6 million pixels. This means it has the highest resolution of all of Apple’s iOS devices. The screen is perfect for things like editing 4K video or designing presentations and is easier, faster, and more engaging. In addition to that, the multi-touch subsystem has also been redesigned, which expands the ways in which you interact with your iPad Pro.

Powering the iPad Pro is the new A9X, Apple’s third-generation chip. The A9X comes with 64-bit desktop-class architecture and delivers up to 1.8 times the CPU performance along with double the graphics performance of the iPad Air 2. This means that even the most demanding apps will be able to run effortlessly on the iPad Pro.

The Best iOS To Date

iOS 9 is the most intuitive, advanced, and secure mobile operating system that Apple has developed. iOS 9 comes with new capabilities, taking full advantage of the powerful performance that the iPad Pro has to offer and allows you to be more creative and productive. Multitaskers will love the iPad Pro as this device allows you to run two apps at the same time. Improved features with the iPad Pro also include Siri and Spotlight search, which make the iPad Pro, even more, useful.

The Apple Pencil, with pixel-perfect precision, offers more Multi-Touch and is sensitive to both tilt and pressure. This allows you to create a range of artistic stroke and effects, including thin lines and even subtle shading. In addition to adding new capabilities to the iPad Pro, the Apple Pencil also has a natural feel and is responsive from the moment you take it out of the box.

The iPad Pro’s iSight camera has an advanced sensor that allows you to capture high-quality images and video. Apple has designed its own image signal processor, which gives you excellent results. You can also shoot time-lapse and slo-mo video in 720p HD. The front-facing FaceTime HD camera also comes with an improved sensor which, along with the larger display, makes video calls feel like you are actually in person.

The iPad Pro comes with four new high-fidelity speakers that are built directly into the tablet’s unibody. This new design produces sound that has three times the acoustic output of the iPad Air. However, there’s more to it than that. The iPad Pro automatically adjusts the orientation of the high frequencies according to how you are holding it. Whether you’re playing a game or watching a movie, the sound of the iPad Pro is more immersive than ever.

The new Smart Keyboard comes with a host of new technologies and materials that create a keyboard like no other. The Smart Keyboard is a full-size keyboard that is entirely portable and connects to the iPad Pro via Smart Connector, which is an innovative new interface that allows for a two-way exchange of power and data.

Touch ID technology is included with the iPad Pro, which allows you to turn your fingerprint into a human password. You can now unlock your iPad Pro with the touch of your finger and keep your personal data safe, even if you share your iPad with someone else. Touch ID also allows you to make secure purchases in iTunes, iBooks, and on the App Store. With Apple Pay, you can also make purchases within your favorite apps easily and securely.

Rent One For Your Business

The iPad Pro is definitely Apple’s best iPad model to date. With a more powerful chip, advanced screen technology, new iOS 9, and advanced security features the iPad Pro is a one-of-a-kind device and Rentacomputer.com is happy to say that we now have Apple iPad Pro devices available in our rental inventory!

The iPad Pro is the perfect rental for your business event, conference, convention, or trade show as these devices are great for surveys, gathering customer data, or for just general mobile computing tasks. If you’re interested in an iPad Pro rental then contact one of our Tech Travel Agents today by calling 800-736-8772, texting 908-485-7368, or emailing rentals@rentacomputer.com! If you want a quote right now then you can Request A Quote now!

Sharing this story on Social Media? Use these hashtags! #Apple #iPad #iPadPro