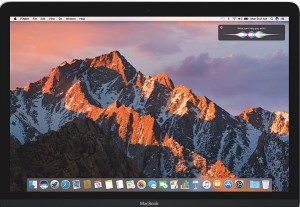 For those of you who did not tune into the Worldwide Developers Conference, you might be confused by the title of this article. Apple has announced their newest version of the mac operating system; Mac OS Sierra. Along with the new name, Apple’s operating system is bringing in many more important features.

Mac OS Sierra is designed in a way to help users better manage their computer’s memory space. If you fill up your computer’s memory space, Mac OS Sierra will automatically delete anything that has been in the trash for 30 days, move files that you hardly use off of your local storage and into the cloud, and remind you to delete installation files that you will use once and never again.

Siri for your Mac

Secondly, Siri is making its way to your Mac. In addition to Siri’s normal phone functions, such as messaging your friends, Siri will be able to search your personal computer’s files, interface with the Apple Home app, and search for photos on the internet.

Apple has also increased the amount of interconnectivity between Apple devices through iCloud. Most importantly, you will now be able to move files between your Mac and iPhone. Apple has also announced some security features that utilize iCloud, such as being able to unlock your Mac by approaching it with your smartwatch on, and moving the last step of Apple Pay authentication to a different iDevice to finalize your payments.

Finally, Apple has unveiled some quality of life updates to give Mac users a better overall experience. Two of these updates are App tabs and picture-in-picture viewing. App tabs will enable users to work on multiple things in the same app while not having multiple instances of that app running, and picture-in-picture viewing will allow you to watch your favorite shows in a resizable window while you work on something else.

Do you need to rent a large quantity of MacBooks or other Apple products for a reasonable price? Rentacomputer.com can supply you at an affordable rate. Get an Apple rental today!