Many are aware of the myriad of attractions and vacation spots around the major cities of the United States, such as the Statue of Liberty, but what you don’t hear about as often are the places in which the business world thrives. If you are an event planner or maybe even if you are just looking for your next exciting convention destination, these are the go-to destinations when seeking entertainment and opportunity. 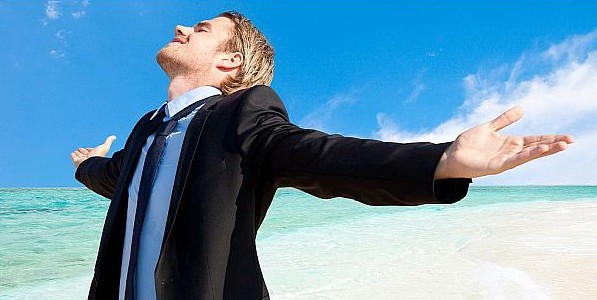 Starting on the west coast, the first notable convention destination has to be Anaheim, California. Anaheim, much like the rest of the destinations on this list, is continuously updating its infrastructure to keep on track with an industry that seems to reinvent itself as often as you can possibly revisit. In fact, Anaheim Convention Center is set to be expanded by 200,000 square-feet by summer of 2017. Anaheim also makes for a thrilling city for your event because of Walt Disney’s Disneyland. Being able to stop by one of the world’s most well known theme parks in your down time is a pretty great morale booster to have when going on a business trip.

One can’t speak of meeting and entertainment destinations on the east side of the continent without mentioning Orlando, Florida. RentaComputer.com has supplied PC and AV rentals in Orlando, and we know that one of the top meeting venues in the entire country is the Orange County Convention center. With 2.1 million square feet of exhibit space, the city is constantly adding more conventions. Not to mention, Wyndham Grand Orlando Resort Bonnet Creek is finishing up an expansion that will raise its meeting space to 7,000 square feet which includes a 3,743 square foot ballroom and a 1,000 foot balcony. Talk about a meeting destination! And surely you cannot go to Orlando without visiting Walt Disney World, Universal Studios, Seaworld, or some of the other tourist destinations.

Next on the list is Cleveland. You might be baffled by this choice, but with the recent restoration of downtown and the city’s selection as the site of the 2016 Republican National Convention, Cleveland, Ohio has created quite the buzz. Spoken directly by the senior vice president of convention sales and services for Destination Cleveland, Mike Burns says ““We knew the RNC was looking for a host city that could provide the overall convention, hotel and transportation services that would translate into a good visitor experience for every delegate. With Cleveland experiencing more than $3 billion in infrastructure development directly related to the visitor experience, we knew our world-class arts and culture, culinary and other entertainment options would present the delegates with a unique mix of assets during their visit.” Don’t forget to visit the Rock and Roll Hall of Fame while you’re there!

Fourth on the list is also the country’s fourth-largest city, Houston, Texas. Houston is constantly working on its city infrastructure and an excellent example of this is the Marriott Marquis Houston hotel, which is under construction and expected to open on September 1, 2016. Additionally, the George R. Brown Convention Center itself is adding more restaurants, a new concourse, and parking garage making it a great location to hold any kind of convention or event. It should be mentioned that RentaComputer.com is no stranger to Houston. Rentacomputer.com supplies event technology rentals in Houston, and we have delivered rentals to many convention centers in that area, including the George R. Brown Convention Center. After your convention is over there’s plenty to do in the Houston area. Whether you want to visit the Space Center or have a thrill ride at one of Houston’s many theme parks Houston is a great business and travel destination.

Last but not least is San Diego. This city boasts many attractions with business potential, like the Paradise Point Resort’s 15,000 square foot Sunset Pavilion, the Courtyard San Diego Gaslamp/Convention Center (, and the Hilton Garden Inn in Old Town. But obviously there is more than just convention centers in San Diego. If you’re not visiting SeaWorld, you might want to visit the San Diego Zoo and their Safari Park where you can go on 10 different safaris!

Now that you know some of the top convention locations, keep your ears open for the next convention or make your next phone call to plan an event! After you’ve picked your location you’ll want to handle the most important aspect after the venue: the technology. All you need to do is contact us at Rentacomputer.com and book all of the tech rentals you need for a much lower price than it would be to buy or lease the same equipment. Rentacomputer can provide anything you would need technology wise for a convention, this includes rentable projectors, monitors, kiosks, sound systems, and many other devices.