Apple Unveils its most powerful notebook ever, MacBook Pro 2021

Apple announced its new MacBook Pro models on Monday, conspicuously rolling back some of the “upgrades” that took place in 2016 which have been heavily scrutinized by developers and consumers alike. 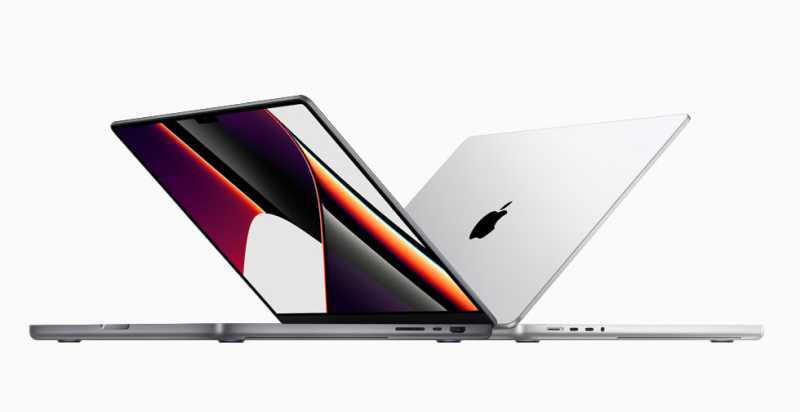 In 2016, Apple pushed a major redesign for their MacBook Pros with a goal of a thinner device with fewer ports and a narrow touchscreen at the top of the keyboard called the “Touch Bar.” This caused a backlash particularly among programmers who can only make iPhone apps on a Mac. The main problems were the lack of ports, forcing Mac owners to invest in pricey dongle adapters, the butterfly keyboard was unreliable, the Intel chips ran too hot, the Touch Bar didn’t make any sense, and the MagSafe charging connection was missed.

Apple is now so excited about the new features of its new MacBook Pros that you might forget they were the ones who removed them in the first place back in 2016.

Back in 2016, Apple assumed that everyone wanted thinner machines, a lighter keyboard, no HDMI or SD card slot, and fewer ports. However, in the pursuit of a thinner and flashier laptop, Apple seemed to forget why users invested in MacBook Pros in the first place.

Thankfully, professional developers were happy to point that out over the last five years, giving them half a decade to scrutinize Apple’s latest iterations of the MacBook.

Pros complained about the tiny strip of touchscreen Apple built into the keyboard which developers never really got behind. They also pointed out the relative lack of RAM when compared to similarly priced Windows machines. On top of that, complaints about the Intel chips used inside Apple’s MacBooks were prevalent – users were complaining these chips made the laptops run so hot they couldn’t be placed on your lap. Furthermore, the lighter butterfly keyboard was deemed unreliable – with keys getting stuck too easily due to crumbs or dust. Smaller problems also existed like how the charging port was no longer magnetic, meaning that if you tripped over it your entire MacBook could go flying with the cord – rather than disconnecting via the MagSafe connection. Users also complained that the 720p webcam was out-of-date, considering its heavy usage during the pandemic.

While it may seem like every change that Apple made between the 2012 MacBook Pro models and the 2016 models was a mistake, at least Apple is making good on its mistakes and listening to the opinions of developers and consumers.

Out with the new, in with the old

Apple fans and developers alike have much to be excited about when it comes to Apple’s new 14- and 16-inch MacBook Pros. Perhaps the most notable change is the souped-up Pro and Max versions of Apple’s own M1 chipset that Apple debuted earlier this year – ditching any ties to Intel. Apple’s own silicon, the M1 chipset, is designed to be power-efficient and to avoid wasting excess energy by giving off heat. Speaking of heat, the new MacBook design also has feet to prop up the device and improve airflow. These M1 chips come in either “Pro” or “Max” configurations –  ditching the Intel or AMD chips that Windows PCs use and furthering the divide between Apple and Windows users. These chips not only help control heat and power more efficiently but also promise improved battery life. Although Apple’s new chips may not compete with the very best of Intel or AMD’s chips, it’s clear that they are good enough to send emails, browse the web, stream, and even get some light gaming in.

Apple’s minimalistic intentions have finally been contested with the readdition of some of the old features in their latest iteration of MacBook Pros. The MacBook line announced Monday includes an intentionally thicker and heavier Macbook Pro – filled with ports like HDMI, an SD card slot, and the return of the coveted MagSafe charging cable. In addition to bringing back old ports, Apple also includes three USB-C/Thunderbolt 4 connectors. That means that proud owners of the new MacBook Pros will finally be able to ditch the numerous dongles they have been “persuaded” to purchase if they bought a Macbook between 2016 and October 2021.

Continuing with the “in with the old” trend, Apple also ditched their lightweight Butterfly keyboard for Apple’s Magic Keyboard – which has a deeper, more traditional design that has received more positive reviews. The Touch Bar has also been replaced by traditional function keys that can control brightness, media playback, and a big escape key for programmers.

Although most developers and Apple fans are most excited about the arrival of fan-favorite old features being brought back, there are a few new improvements to look forward to in the new MacBook Pros. The new 14- and 16-inch Macs feature up to 64GB of memory, and up to 8TB of the fastest PCI-Express storage on the market with 7,400MB/sec reads. Additionally, Apple has added Mini LED screens that offer a high refresh rate of 120Hz. The Liquid Retina XDR display boasts a higher resolution and “ProMotion” technology with faster refresh rates like the iPhone 13 Pro. In fact, the new LED screen theoretically offers the benefits of OLED without some of the compromises, although this has yet to be tested.

Those of us who use video calling like Zoom will be pleasantly surprised with the addition of a 1080p webcam, an upgrade over the 720p camera that has been standard for years. It seems as if Apple has listened to its work-from-home users during the pandemic and decided to finally upgrade its video chatting features.

With all of these new and old features returning or being added to the latest line of MacBook Pros, there has to be one feature that we’re not so sure about. In this case, it’s the notch at the top of the screen, encasing the webcam – similar to the latest iPhones. How will developers handle the notch? Will the mouse travel behind the notch or jump to the other side? Even though it’s been less than 48 hours since the announcement, we already have some answers.

When macOS apps are in full-screen mode, Apple adds an artificial black bar to the top of the display that “hides” the notch (or buries it with the black bar). Developers will be given the option to opt to use the full-screen real estate, including the area to the left and right of the notch, or include a black bar like macOS applications.

To answer your question about how the mouse will behave around the notch, the mouse will travel behind it. This means you’ll be able to more easily hide the mouse pointer during full-screen videos. The question becomes “Will it be an annoyance when you forget where your mouse pointer is after the video is over, or if you accidentally pan behind the notch?”  Only time will tell. Some users also wondered whether screenshots will show the notch, or reveal the space behind it – we have to assume since iPhones currently don’t show the notch via screenshots, the new MacBooks will follow suit.

With all of these changes coming to Apple’s most expensive line of laptops, we can expect them to continue to revamp the lineup – especially in lower-end, higher-volume models. We can look forward to new iterations of the 13-inch MacBook Pro and MacBook Air which currently run Apple’s M1 chip but don’t have the MagSafe magnetic charger or HDMI port.

Do you need a few, a dozen, or any quantity of MacBook Pros for a temporary business function, training class, event, or project? Rentacomputer.com has provided Apple rentals for businesses around the world for the last three decades. Whether you need to schedule delivery for a future event, discuss which devices you’ll need with an experienced agent, or book delivery and set up for this week, Rentacomputer.com is here to help.