Everything you need to know about iOS 16

Apple’s Worldwide Developers Conference (WWDC) brought us plenty of excitement this year as the annual conference made announcements for new products, such as the Macbook Air 2022 and the M2 Chip, and new upgrades like macOS Ventura, watchOS 9, iPadOS 16, and of course iOS 16.

Based on the preview at the annual dev conference, the iPhone’s next major software upgrade, iOS 16, will bring significant improvements to communication, personalization, and privacy. Here is a list of some of the best features announced this year for Apple’s latest iPhone operating system.

Update: iOS 16 is a free software update that is available starting today (September 12) for iPhone 8 and later. 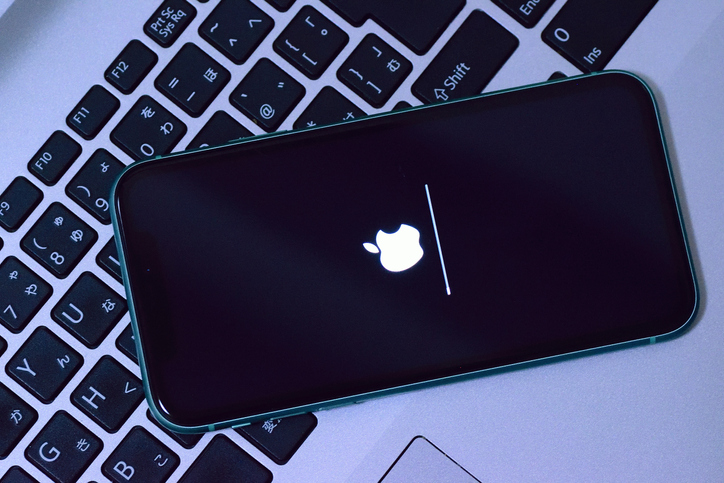 So far, the only indication Apple has given for the release date is Fall 2022, but we can speculate the latest mobile Apple operating system will be released to the public in September 2022 after the annual “iPhone event.”

Last year, iOS 15 arrived on Monday, September 20, 2021 — so a reasonable estimate would be that Apple will release iOS 16 on Monday, September 19, 2022, or later that week. The software is generally released to the public right after the new iPhone models are unveiled and made available.

Additional releases generally follow as users point out bugs and Apple is forced to fix them. We can expect iOS 16.1 or even 16.2 by the end of the calendar year.

If you aren’t worried about potentially “bricking” your device by trying out software that hasn’t been fully tested yet, the iOS 16 Beta is available to download now for developers – it was released on June 6th. If you don’t have a developer’s account, you can expect the first public beta to be released sometime in July. Once the first beta is released, we’ll get a series of evolving dev and public betas that inch closer and closer to the official public release of iOS 16.0.

If you have Face ID equipped on your iPhone, chances are you spend a lot of time looking at the lock screen. With iOS 16 comes one of the best upgrades to the lock screen yet. To edit your lock screen on iOS 16, you’ll press the screen after waking up your device. After that, you can swipe to try out different styles – each style changes the color filter for the background photo and the font on the lock screen. This update is similar to Google’s Material You which launched on Android 12 last October.

Additionally, you can customize fonts for the time and date and add lock screen widgets like temperature, activity rings, and/or a calendar – similar to Apple Watch’s lock screen. On top of that, you can set up multiple customized lock screens with different widgets and easily swipe between them. Apple calls these “Focus Filters” which are designed to make it easier to filter out irrelevant messages when you’re working on an important project.

You can also set up a photo-shuffle option that automatically changes the photos on your lock screen.

Apple has also added an always-on display, much like the Apple Watch and current Android phones.

The days when your iPhone lock screen is clouded with a busy list of notifications are over. Apple has moved these updates to the bottom of the screen and added a virtual carousel instead of a list. This not only looks more aesthetically pleasing but also simplifies things for the one-handed iPhone user.

Apple has also added Live Activities, which is a new way to get app notifications like sports updates, Uber journey progress, workouts, and so on. The new update should make it easier to stay on top of things happening in real-time instead of being bombarded with a series of interruptions.

Apple has included three big updates to the Messages app and one little one. You can now Edit and Unsend messages after they’re sent and mark any thread as Unread. This feature also works (very briefly) in the Mail application.

Also included in the app are a ton of new visual elements for customizing your Memoji.

Moreover, Apple has also added more capabilities for SharePlay, which debuted in iOS 15. SharePlay lets you have a shared experience while connecting to someone over FaceTime. For example, you can watch TV shows or listen to music in sync as well as experience a variety of other apps together.

SharePlay now also works within the Messages app, so if you want to share a movie you’re watching, you can start a SharePlay together while chatting in Messages.

An update to Live Text allows it to apply to video as well as still images. Pause a video and the text will become ‘live’ for copying or translating. Apple says Live Text will also provide quick access to translation and currency conversion tools.

Similar to Live Text, the Visual Look-up feature uses AI to identify plants, animals, and landmarks in your photos. Visual Update, first introduced in iOS 15, is given an update that allows it to recognize birds, insects, and statues on top of everything it could already identify.

But perhaps one of the coolest new features on Visual Look-Up (or perhaps in iOS 16) is that you can use Visual Look-Up to detect the edges of pictured objects. For example, if you want to cut a person, a dog, a flower, or a statue out of a photo all you have to do is tap and hold it to lift it out of the photo and share it with other apps like iMessage.

Calling it “the best way to share photos with your family,” Apple’s iCloud Photo Gallery now allows you to set up a shared library so everyone gets the same images, edits, captions, and keywords.

One of the most interesting aspects of the photo library is that you can enable smart automation that shares photos based on when they were taken, who is in them, or who is nearby now.

Apple Wallet now has in-app ID verification, which is a handy option that can be used if you don’t want to share personal information with someone but need to prove your age or identity. Apple Wallet has also been given the ability to share digital keys via Messages, Mail, or WhatsApp.

Is your device compatible with iOS 16?

Unfortunately, unless you have the very latest iPhone, you probably won’t get the full iOS 16 experience. For example, features such as Live Captions (accessibility) will only work on the iPhone 11 or later models, while Door Detection and People Detection require LiDAR scanners that are available only on the iPhone 12 Pro or newer models.

The lack of compatibility with old devices is a huge change from last year, as iOS 15 was compatible even with very old devices like the iPhone 6s, first-gen SE (2016), and the iPhone 7. However, Apple has dropped support for all of these devices with the latest update – so if you have one of these phones, it might be time for an upgrade.

Do you want to try out the latest software for your business or upcoming event? Rentacomputer.com has decades of experience in Apple rentals and has provided them for businesses around the globe.

Due to our relationships with vendors around the world, we’re always first to get the latest and greatest Apple tech. Are you looking for iPhone, iPad, iMac, Macbook, Mac Pro, Mac Mini, or other Apple rentals? Contact us today and we’ll help select the very best device for you, organize delivery, and even preconfigure it with any applications or imaging that your business needs – saving you time, money, and frustration.

Do you have questions about technology rentals? Whether you’re wondering about price, delivery frequency, or product selection, contact us today by filling out a quote, and a technology travel agent – our knowledgeable representatives – will be back to you within 15 minutes (during business hours). Want to talk to a rep now? Call us today at 1-800-736-8772 ext. 249 or fill out a fast, easy online quote form.