After numerous cancellations over the past few years, convention centers in California are more-than-ready to host events again. Many venues used the past year as an opportunity to improve their facilities, get more ambitious with their sustainability goals, and update their procedures. In fact, 21 out of 25 of the country’s largest convention centers earned the Global BioRisk Advisory Council’s GBAC Star accreditation for their cleaning and disinfection protocols.

Our top event destinations are chosen by meeting the following criteria:

The roof of the iconic Sails Pavilion consists of distinctive Teflon-coated fiberglass “sails” intended to reflect San Diego’s maritime history and advertise the center’s proximity to the San Diego shore. Originally built as an open-air facility under a roof, the Sails Pavilion was enclosed in glass in 2000 to greatly expand the usable area of the center. You’ll have the option to customize any event you host in this area with LED lighting that is visible both inside and outside, illuminating the San Diego skyline and waterfront.

The San Diego Convention Center contains over 2.6 million total square feet of space, offering abundant, flexible space for any type of event – from small group meetings to large conventions with thousands of attendees. With a capacity for 125,000 people, the San Diego CC offers 615,700 square feet of exhibit space, including a 90,000 square foot exhibit and special event area, the Sails Pavilion. The contiguous exhibit hall can host a large gathering of any kind – with 525,701 square feet of exhibit space that can be segmented into up to 7 separate sections with varying widths and column configurations. With 8 loading dock access points, each exhibit hall offers convenient loading and unloading with a direct drive-on access point from the loading dock.

In addition to the massive amount of exhibit space, the San Diego Convention Center also features 72 meeting rooms located throughout the mezzanine and upper levels. Available in various sizes and configurations, most of the meeting room corridors have glass vaulted ceilings allowing plenty of natural sunlight and providing easy access to and from other areas of the center.

With a perfect combination of elegance and functionality, the San Diego CC’s two column-free ballrooms contain a combined 40,000 square feet of space which can be divided into smaller rooms for any type of function.

In 2020, the San Diego Convention Center became one of the first convention centers in the United States to achieve the Global BioRisk Advisory Council (GBAC) Star Facility Accreditation. Under the guidance of GBAC, SDCC will implement stringent protocols for cleaning, disinfection, and infectious disease prevention. 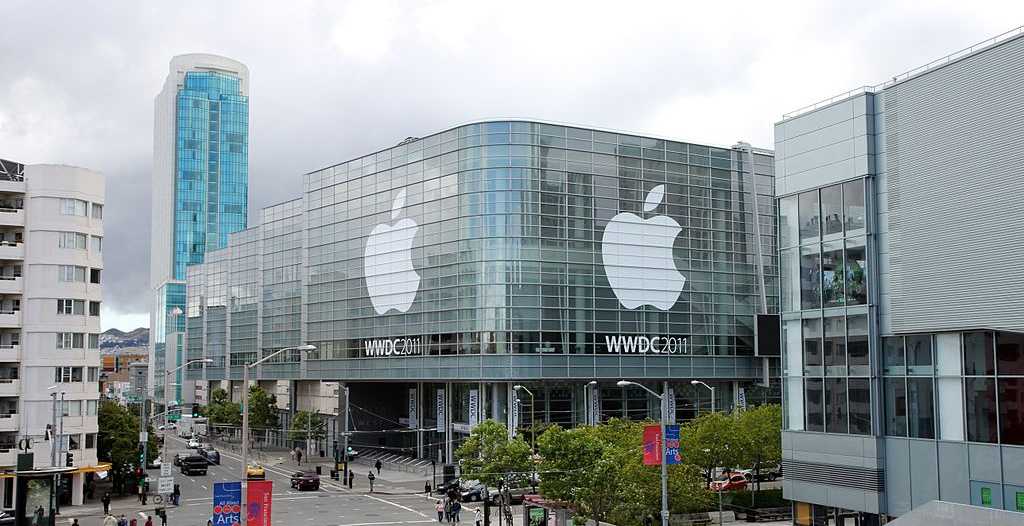 The George R. Moscone Convention Center, commonly known as the Moscone Center, is the largest convention and exhibition complex in San Francisco. Originally opened in 1981, the Moscone Center is named after former San Francisco mayor George Moscone, who was assassinated in 1978. During an expansion in 1992 and 2003, the center added 600,000 square feet of space to its original 300,000 square feet of exhibit space. In 2012, the Moscone center emerged from an additional two-year renovation of the North and South building that added a combined 1.2 million square feet of function space.

The expanded Moscone Center is LEED Platinum certified – and achieved the highest scored LEED certification for a convention center in the entire world, thanks to features like fewer carbon emissions per delegate than any major convention center in North America, recovery of 15 million gallons of groundwater annually for reuse in the Center, irrigating neighboring parks and street cleaning, the largest rooftop photovoltaic (solar panel) array in San Francisco, zero-emissions electricity, and daylight harvesting to offset electrical lighting. 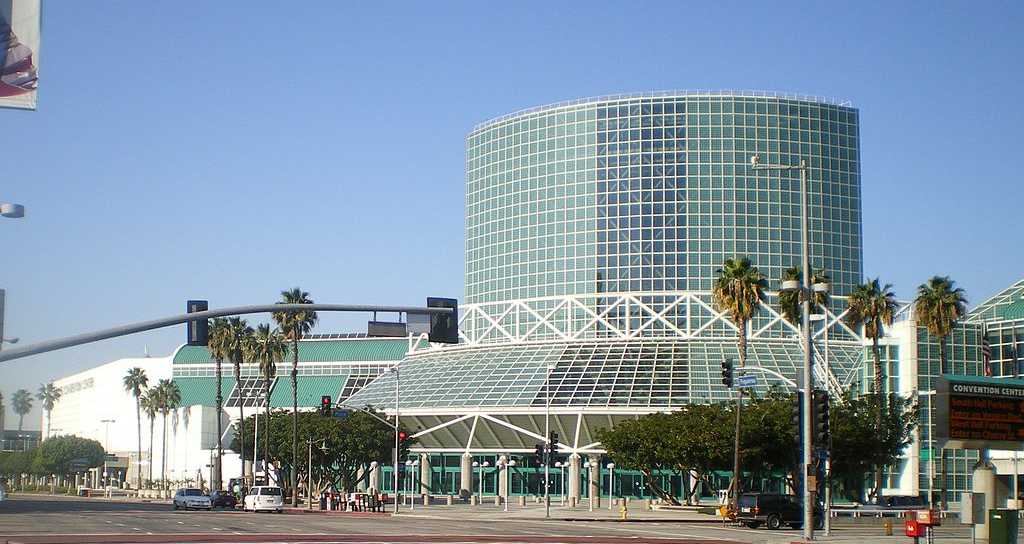 One of the largest convention centers in the United States, the Los Angeles Convention Center is located in the southwest section of downtown L.A. and hosts multiple annual conventions and has been used as a filming location in many TV shows and movies. This premier event venue is owned by the City of Los Angeles and operated by AEG Facilities.

Renowned internationally as a prime location for conventions, trade shows, and exhibitions, the LACC is an integral economic component of the Southern Californian area – generating over 12,500 local jobs. Located in the cultural, business, and entertainment mecca of Downtown LA, the Los Angeles Convention Center sees over 350 events hosted annually – including over 2 million visitors.

The Los Angeles Convention Center was the first convention center in the United States to be awarded the Gold Level certification in Leadership in Energy and Environmental Design for Existing Buildings: Operation and Maintenance (LEED-EB O&M). With 2.58 megawatts of solar panels onsite, the LACC has the largest solar array on a municipally owned convention center in the United States. 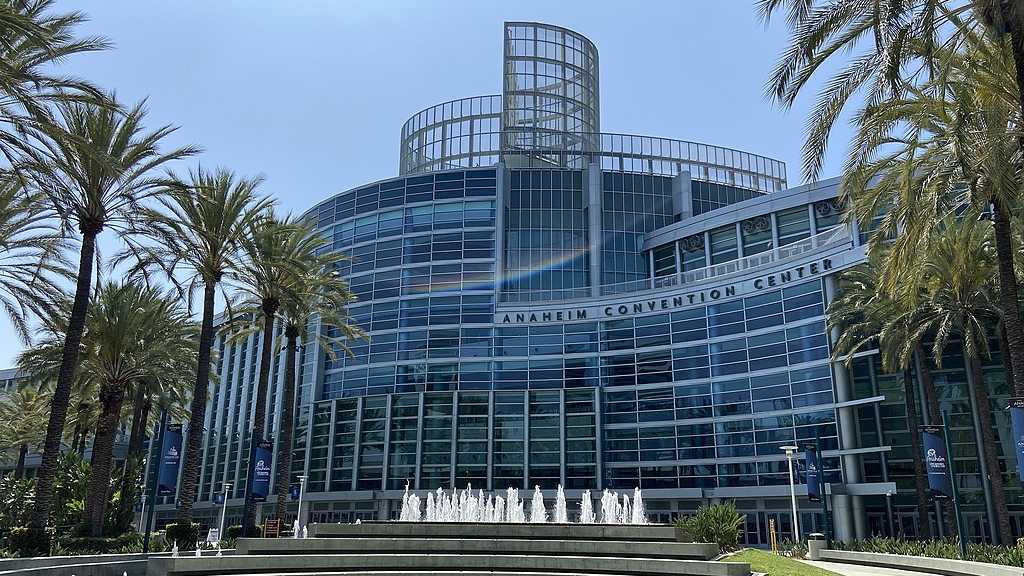 The largest exhibition facility on the west coast, the Anaheim Convention Center is consistently ranked as one of the top meeting venues in the United States in terms of its size, attendance, and overall building services and amenities. This ultra-modern 1.8 million-square-foot facility boasts the capacity to host any mega-conventions, meetings, trade shows, exhibitions, and other events with ease.

The Anaheim Convention Center is globally recognized for its sustainability and leadership due to its LEED certification as of 2010. In 2020, the ACC received accreditation for the Global BioRisk Advisory Council’s STAR award. 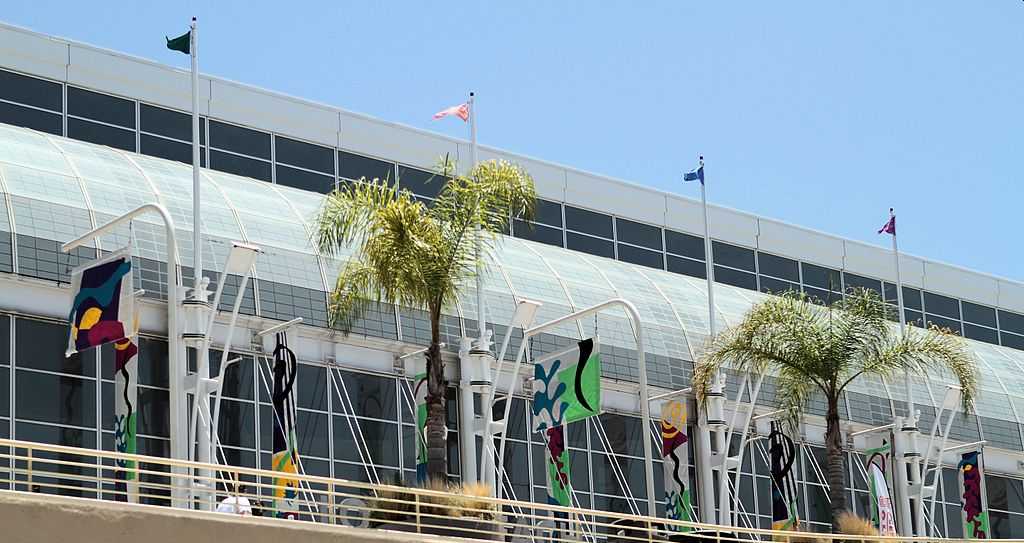 Built on the former site of Long Beach Municipal Auditorium, the venue is comprised of the Long Beach Convention Center, Long Beach Arena, and Long Beach Performing Arts Center. Served by the 1st Street Station of Los Angeles Metro Rail, the LBCC offers more than 400,000 square feet of meeting and exhibit space, with new wiring for the latest technology and wireless capabilities.

The three multi-faceted exhibition halls can be used individually or in combinations of up to 224,000 square feet of continuous floor space, which also allows for maximum creativity in planning for conventions, trade shows, meetings, exhibitions, and other special events.

As of 2020, the Long Beach Convention Center was awarded the Global BioRisk Advisory Council STAR accreditation for outbreak prevention, response, and recovery.

The San Jose McEnery Convention Center is the largest convention center in Silicon Valley, known for hosting high-profile technology conferences and events like Apple Worldwide Developers Conference and Facebook F8. Opened in 1989 to replace the San Jose Civic, the SJMCC is named after Tom McEnery, former mayor of San Jose, and is managed by Team San Jose. 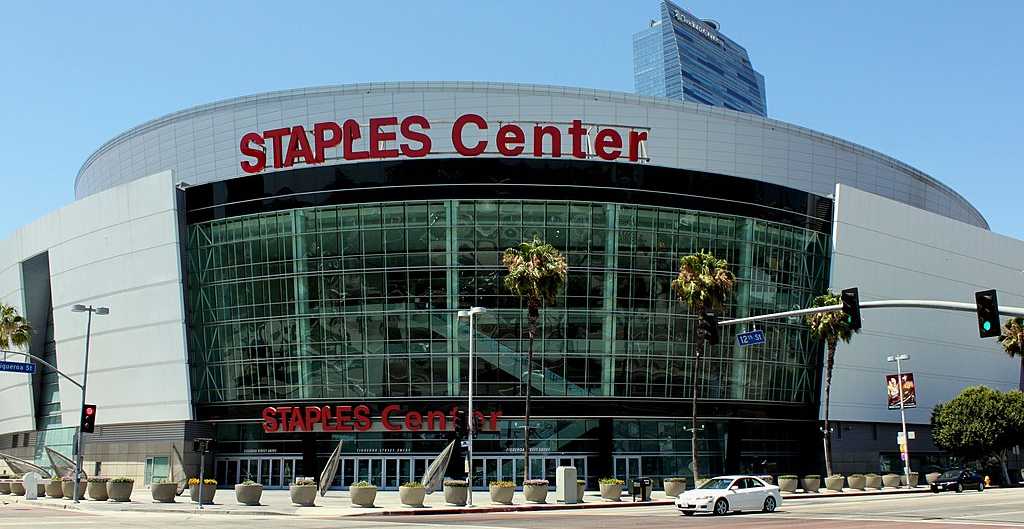 Prayitno from Los Angeles, USA, CC BY 2.0, via Wikimedia Commons

For concerts and special events, the capacity for Crypto.com Arena nears 20,000 guests, with various meeting rooms for smaller sessions.

Coolcaesar at the English Wikipedia, CC BY-SA 3.0, via Wikimedia Commons

As of 2022, the Santa Clara Convention Center has been certified for the Global BioRisk Advisory Council’s (GBAC) STAR facility accreditation.

The South San Francisco Convention Center is a state-of-the-art facility and Gold LEED Conference Center known for its technological excellence, onsite culinary capabilities, and atrium lobby. Often preferred by many meeting planners seeking maximum value due to its close proximity to the San Francisco International Airport and downtown San Francisco, the SSFCC offers 20,500 square feet of conference room space for rent with no visual obstructions or columns.

Although this is a very popular meeting destination and is LEED certified, which means it has met the qualifications and standards set by the US Green Building Council which qualify buildings across the globe for design, construction, and operation, as of 2022 the South San Francisco Convention Center has yet to be certified for the Global BioRisk Advisory Council’s (GBAC) STAR facility accreditation.

Are you looking to get more potential customers to an event to see your trade show booth? There are a variety of ways to generate leads, educate prospects and customers, build brand awareness, upsell customers, and increase event attendance. Check out these tips for improving your event marketing strategy in order to boost attendance.

If you attend trade shows and conventions regularly, or exhibit at them, you may notice that almost every exhibit looks almost exactly the same. If you’re looking to stand out from the rest of the exhibitors or companies at your next convention, consider reading Why bringing your own gear to a show isn’t easy.

You wouldn’t purchase a car you were only going to use for a few months, so why would you buy technology you’re only going to use a few times at various trade shows or conventions? That’s why renting trade show booth displays and other equipment makes sense. While sometimes companies rent equipment for budgetary reasons, renting technology makes sense for most situations – and this is especially true for trade show displays.

At the end of the day, the decision to rent or purchase your own exhibiting equipment is up to you, but we highly recommend trying rentals first if you:

Are you looking for a technology rental provider that you can trust? Rentacomputer.com has been in business for over 30 years – and we can back that up with positive reviews on Google, referrals from our accounting executives and certificates of insurance for events of all sizes, and educated employment of technicians.

When you rent from us, you not only get the best equipment but also top-of-the-line support from qualified tech travel agents with years of experience in the technology rental and event production field. Our agents coordinate all the logistics of delivery and installation and can have techs on call to troubleshoot and fix any problems that may arise with your rental technology. Our account manager Randy Moore specializes in exhibitor rentals like displays, kiosks, event engagement rentals, laptops, tablets, smartphones, internet hotspots, accessory rentals, and much more. Randy will gladly handle any questions you may have in regards to rentals to make your event exhibition easier. Contact Randy today at 1-800-736-8772 ext. 225 or fill out a fast, easy online quote form today.

Visit our PC & AV Rental Pricing Factors page to find out about our pricing estimates.

Do you need help setting up your trade show booth, convention exhibit, stage, or other display? Since Rentacomputer.com has been doing business in the events industry for so long, our technology travel agents are experienced in dealing with a variety of events from small to large and can assist you with a variety of equipment rentals and marketing options that come with them. Just request a fast, easy rental quote and one of our representatives will get back to you shortly via the communication method of your choice.

Our technicians handle everything from configuration and testing to delivery, set up, troubleshooting, tear down, and returns. Get a quote for your event technology rental needs today. Contact us today for a hassle-free exhibit rental.