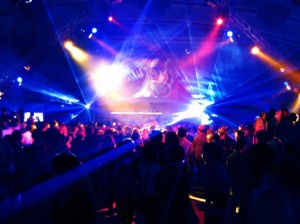 The year is already more than half way over and you know what that means! That’s right! Another year, another Blizzcon! To many of the readers out there who may not have seen, heard, or been to a Blizzcon event before, don’t worry, I’m here to guide you through the ins and outs of one of the biggest annual gaming conventions in the world. The best part is, is that you won’t even need to buy a ticket for the trip.

So what is Blizzcon? Well, the acronym stands for “Blizzard Convention”, but that really doesn’t give you the skinny on what it actually IS. This event celebrates the history of some of Blizzards biggest gaming achievements, such as StarCraft and, most notably, World of Warcraft. Annually, the event takes place over the course of two days for about 12 hours each, so albeit short in terms of the number of days, the hours are still filled with Horde worshiping, magic using, sword slashing, nerd exploding fun. The tournament is also widely regarded as one of the craziest parts of the event, solely due to the sheer size of attendance. In 2009 alone, the event brought out at least 20,000 people to the event with numbers rising every year.

The event is also no stranger to consistency. The event is always being held in late summer to early fall at the Anaheim Convention Center in Anaheim, CA, and is being held this year from November 8th to November 9th. The event has even brought huge acts to play Blizzcon, such as Ozzy Osbourne, The Foo Fighters, and The Offspring. With tickets running anywhere from $100 to $500 for deluxe packages, and still selling out within days, it is no wonder why the event, much less the company are rolling in the Benjamins. I mean hey, $1.7 billion gold doesn’t sound bad, whether you be a gamer or not.

Flat out, this convention and company, are some of the biggest in the world and they know it. Even if you are not a computer gaming kind of person, going to a convention like this is definitely worth checking into. For the Horde!

Rentacomputer.com is not affiliated with or in any way authorized by BlizzCon, Blizzard Entertainment or the Anaheim Convention Center.  Rentacomputer.com is an independent nationwide technology rental provider and this page in no way implies exclusivity of service to the Blizzcon event.