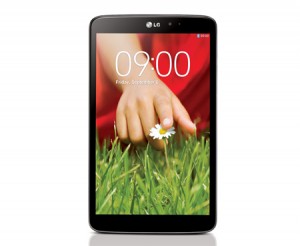 In September, LG announced their G Pad 8.3. Now they have announced a new tablet that is basically the same thing, but this time they are giving us the “Google Play edition” of the tablet.

For those of you who aren’t familiar, Google Play Edition devices run software built by the respective device OEMs, they get updated very frequently to the latest version of Android, and they have a strictly stock UI without any preloaded third party software or skins. Before this announcement, there were only two other Google Play Edition devices and they were both smartphones (Samsung Galaxy S4 and HTC One).

The new LG G Pad 8.3 is the very first third party tablet to receive Google Play. It is expected to have the exact same hardware as the original one, but it will be running Android 4.4 . The last version of the tablet ran a customized version of the Android operating system, while the new one is geared more toward consumers looking for a more familiar Android experience. 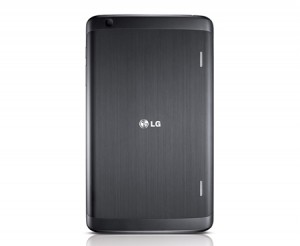 When the original G Pad 8.3 was first announced in September, the company’s main selling point for the tablet was it’s size and the fact that more people would use the device if it would fit easily in their pockets.

The price of the tablet will be the same as the original LG G Pad 8.3, starting at $349 for the 16GB model. So far, the only color that we know it will come in for sure is called “Indigo Black”.

LG and Google have been working together for quite some time, and this tablet is proof that their partnership is still going strong. But it seems very odd that LG would release a new version of a tablet that just came out such a short time ago. Then again, companies like Apple and Samsung have had great success in the past with releasing similar devices at the same time to compete with each other. Which one you should choose will depend on what you want out of the operating system. Would you rather have a customized Android experience, or a more pure Android experience with more frequent updates?