How Thin Is TOO Thin When It Comes To Our Devices? 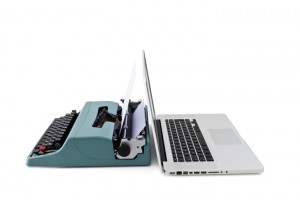 Whether you buy, rent, borrow, or just watch from the sidelines, there is one thing you can’t deny about technology today: it’s getting smaller and thinner. I for one am a techie that doesn’t necessarily mind dealing with older devices. By old, I mean a few years at most. I’m in need of a new phone, but I’ve also not jumped on board with the tablet craze. I feel as if my laptop is doing pretty well, although I’ve never been one to turn down an upgrade. The one thing that scares me is how thin and small our technology is getting. No, I’m not trying to get into anything conspiracy wise. I’m mainly more so talking about fragility. These devices are highly advanced, and if you’ve ever walked into an Apple store, you’ve noticed they’re highly expensive too. I like to think that there are certain devices that are able to retain a sense of durability, but how thin is TOO thin?

Just recently I read a story about a new Intel Chip Processor coming out. Supposedly it’s the new Intel Core M processor, and it’s only 14 NANOMETERS big. That in itself seems next to impossible to me. The fact that we are able create something so small and still have it be powerful enough to power a fully functioning laptop. Oh, and the chip is fan-less. Yup! The new processor has no fan at all. Now the size of this particular chip is arguably the biggest feature about it. This is why our technology is able to get thinner and thinner. According to the Intel President, Renee James, it’s also the “most energy efficient processor in Intel’s history”. I’ve never been one to go against energy efficiency, especially if it will help save my battery life. The only problem is the durability.

The durability of our devices is questionable at best. Obviously I’m not looking for a phone that can survive being thrown off of the Empire State Building. That being said, I’m sure those old Nokia phones had no trouble staying alive (did any of those ever even break?) Naturally though, as our tech becomes smaller, so to do they become more fragile. Since this new processor is so small, the displays for laptops will now be able to be much thinner. I love a good flat screen just as much as the next guy, but there are a few of us out there who have earned the name butterfingers for a reason… yes I’m talking about myself.

Yes, you can get a case. The Otterbox has helped many an iPhone user keep their phones essentially life proof. As good as that is, it’s almost as if you are taking on an extra fee just to keep your device from not shattering into pieces. I’ve dropped my phone and , regrettably, my laptop before. Thankfully they are both still kicking. Should they have been thinner, a.k.a. smaller, I don’t know how I would be typing away right now or texting on my phone. The iPad air, Macbook Air, and other tablets and laptops are getting thinner, and thus we have to be more careful. There are cases to protect your tech, but do you really want to spend another $80-$150 on a case after you’ve already spent $500-$2500 on a new device, just to make sure that in the event that you do drop it, it’ll be safe? Maybe our technology get off of it’s diet and gain a bit more girth.

For The Latest Technology Rentals Contact www.Rentacomputer.com Today At 800-736-8772