Some Tech Fears That You May Not Know That You Have! 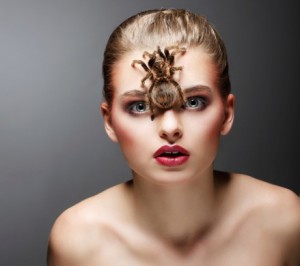 If I were to ask you what you’re afraid, I’d probably get a few answers that I would expect. You may say you’re afraid of heights, the dark, clowns, or even bugs. The typical fears. I, for one, am TERRIFIED of spiders. I have a few other fears, but that’s besides the point. You may be wondering why I’m even talking about this. Well some fears can be deemed irrational. My fear of needles could be deemed as an irrational fear. There are other fears and phobias out there that you may not even be aware of that could be viewed as extremely irrational to techies like myself.

Yes, there are tech phobias.

Are You Afraid Of Computers?

Some people in the world are afraid of the color yellow. Some people are afraid of peanut butter, or big words. With that being said, it should actually not be shocking to hear that some people are “technophobic”. This term, while not an official clinical term, suggest that someone is afraid of technology. Reasons and logic behind fear are always hard to figure out. I tend to feel that with as advanced as technology has become and how quickly it is continuing to advance, there could be reason for fear. I’m not saying that there will be an uprising of sentient technology, but I feel as if there are some of us out there who tend to fear it because we don’t understand it. That would be completely reasonable in my eyes. Most elderly people might not like technology now because they can’t adapt to it as well, thus making them hate it or fear it. Then again someone could be 20 years old and terrified of technology for a completely irrational reason.

If I were to tell you that there is a legitimate fear of losing or being without your mobile device, would you believe me. Well hopefully you know yourself well enough, like I know myself, to acknowledge that that could be entirely possible. Not only is it possible, but it’s also completely real. “Nomophobia” is the fear being without a mobile device. The phobia is said to cause anxiety and panic from fear of not having your phone or its communication features directly available to you. It’s mainly the thoughts of “what if” that can overtake the person. The feeling of not being able to remain in contact with others, losing signal, your phone dying, or even losing the phone completely can give some extreme anxiety. I hate losing my phone, I know that much.

Is There Any Reason To Be Afraid?

I feel that, again, some fears are just irrational. Some entomologists can handle bugs and spiders. I can’t do that, and could be viewed as irrational. Even though there are some out there who might be afraid of technology, it’s greatly helped out our society today. There are some of us out there who may be terrified of losing our phones, but we have become very dependent on mobile technology to keep contact with associates and loved ones, so maybe that is something of our own doing.

All of these things are completely open to opinion mind you. Again, none of these terms have been deemed as legitimate clinical diagnoses, but they seem to be big enough concerns that people have come up with names for these phobias. That being said, I’m not sure if I could ever really consider “selfiephobia”, (yes, the fear of taking a self photograph), to be a real fear.

Don’t Be Afraid To Save Money With A Technology Rental From www.Rentacomputer.com 800-736-8772