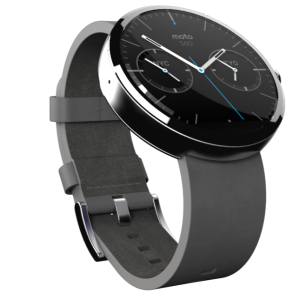 Early next month Motorola is going to be holding a launch event. It makes sense that it would be for the Moto 360 Smartwatch.

The company sent out a ton of press invites that talked about a “Moto Launch Experience” which will be held in Chicago on September 4th. There were tons of different Android devices that were shown off for the first time at Google I/O. Out of all of them, the Moto 360 is the one that got the most attention. This is probably thanks to its nice design and circular screen, something that all the other companies making smart watches haven’t been doing.

The invitation website gave out some other clues that pointed to what Motorola was going to announce at the event. There was an animated graphic that showed a watch, an in-ear accessory and two phones with the labels “X” and “G” on them. If you ask me, these clues are pretty clear. The two smartphones are most definitely the Moto X and the Moto G. The other two are probably new accessories that are exactly what you’d expect.

The weekend that Motorola has scheduled the event for is going to be a huge weekend in general. The event is being held on September 3rd, which is one day before Samsung will be holding an event in Berlin, New York and Beijing. The Samsung event is rumored to be based around the Galaxy Note 4 smartphone. the IFA consumer electronics trade show is going to start in Berlin on September 5th. Another event around the same time that is expected to happen is a launch event for Apple. They are expected to hold one for the iPhone 6 on September 9th.

The one thing that may hurt Samsung is that most of the press will be in Berlin for IFA. Holding their event at around the same time in Chicago means that they may have way less attendees. But either way, it will be awesome to have a look at their upcoming products.

www.Rentacomputer.com Now Rents Smartphones To Businesses! Contact Us Today At 800-736-8772