Apple Watch Coming to Retail Stores, Other Countries in June 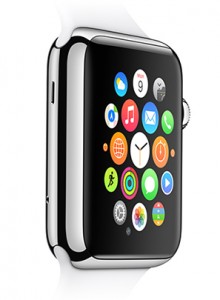 On top of this good news, Jeff Williams, Apple Senior Vice President of Operations, also stated that customers who already went ahead and ordered their Apple Watch in May via Apple’s online store will get their orders within two weeks. The only exception is the 42mm Space Black Stainless Steel with Space Black Link Bracelet Apple Watch Model. According to Apple’s online store, if you buy and order that model today, it will take five to six weeks for it to ship.

The Apple Watch requires you to have an iPhone 5 or later model to be able to run its apps, but take into consideration it is Apple’s first attempt at wearable tech. The most expensive smartwatch goes as high as $17,000 for the 18-karat gold edition. For a cheaper option, for those of you who don’t walk around with that kind of cash, can get an Apple Watch Sport starting at $349.

Apple first announced the Apple Watch in September 2014 and the watch went on sale in April in a few countries, including the US and the UK. It’s not available in China, France, Germany and Hong Kong. Other competitors have new or even more updated smartwatches with companies such as Sony, Samsung, Huawei, Motorola, LG and Pebble. The Apple Watch is still the most interesting of smartwatches in the market.

Looking for a Quote on an iPad Rental for your business event? Rentacomputer has the latest iPad Rentals from Apple and also offers local delivery anywhere in the United States! 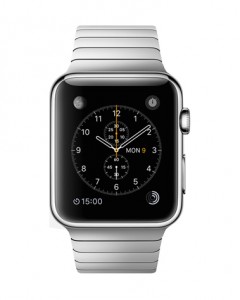 IHS reported that shipments on smartwatch displays will go up to 250% year-over-year to 34 million units in 2015. 49% of those shipments worldwide will be the Apple Watch. “Apple Watch has attracted a lot of attention from consumers,” IHS director of analysis and research Hiroshi Hayase said in a statement Monday.

The Apple Watch has been hard to come by after it was offered on pre-order in April, followed by its initial units selling out quickly, which pushed shipment dates back to June. The few customers who preordered their smartwatch early actually got them on launch day. Apple has kept its shipment dates to June while customers still place more orders.

Apple has yet to state how many units it has actually sold so far and hasn’t given any real reason as to why they’ve kept orders online and not in stores. Some have suggested that the Apple Watch demand could be extremely high, while others say that the manufacturing has been to its fullest capacity.

Apple only offered their smartwatches online, until Thursday when they announced that they will be offered in-store within the upcoming weeks. The company is having its Worldwide Developers Conference next week, with CEO Tim Cook announcing major news on Monday. Hopefully the company will reveal sales numbers along with hyping up the Apple Watch.

Now that Apple has answered many customer and analysts’ questions, they have also said that in some international markets, it’ll offer the device in “select Apple Authorized Resellers” stores, such as The Hour Glass in Singapore. So you won’t have to wait too much longer for your smartwatch, just keep an eye out in these next few weeks.