No Add-Ons Coming For Edge Browser This Year 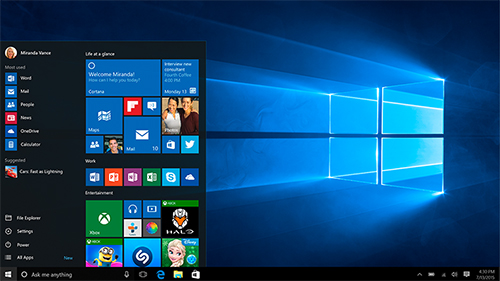 Microsoft recently confirmed that the Edge Browser, the newest internet browser to come with Windows 10 that replaces much disdained Internet Explorer, will not be getting any support for add-ons in 2015, which is something that the company had originally promised. According to a Spokeswoman from Microsoft, “We’re committed to providing customers with a personalized Web experience, which is why bringing extensions to Microsoft Edge continues to be a high priority. We’re actively working to develop a secure extension model to make the safest and most reliable browser for our customers, and look forward to sharing more in a future Windows 10 update in 2016.”

Microsoft had previously said that it would deliver add-on support this year though that was sometime after the browser’s debut in July as part of Windows 10. However, this shouldn’t be much of a surprise. Microsoft has yet to add even the smallest add-on infrastructure for Edge within the ongoing series of Windows 10 builds released to its Insider beta testers. In addition to that, the company has also not given any advice or tools to developers who are interested in writing Edge add-ons or in adapting existing ones that run in Google’s Chrome browser, something that Microsoft has talked about in the past.

The first major update to Windows 10 is just weeks away so it would have been impossible for Microsoft to give Edge add-ons to a majority of the new Windows 10 users this year. Unfortunately for Microsoft, the lack of add-ons has kept some people away from Edge. “Norton Security Software advises me not to make Edge my default browser because it doesn’t allow extensions or toolbars and to keep using Internet Explorer instead,” stated Computerworld reader Kevin Quail last month. “I won’t use Edge until they fix it.” Others were in the same boat as Quail and even took to Microsoft’s support forum to vent their frustration. One user, Christopher Zibart, noted, “The exact issue is this: Without extensions, many of the important security software features we rely on do not work. Two examples: LastPass and McAfee. Both need browser extensions, and both recommend reverting to Internet Explorer until Microsoft gets its act together.”

We will never be able to fully know the impact of missing add-ons for Edge on its usage though the browser has not brought in a majority of the Windows 10 browser market. Data from Net Applications, a U.S.-based metrics vendor, indicated that Edge was the primary browser for 36% of all Windows 10 users last month. Irish analytics company StatCounter had that number far lower at 16%. The next opportunity for Microsoft to rectify this error will be in the first half of 2016. The company has committed to shipping Windows 10 feature upgrades at least two to three times each year and, with an expected roll-out of the first Windows 10 update set to hit in November, you could expect the next update to land in March 2016.

However, some users believe that March is far too long to wait. One user, identified as Mysk on a Microsoft discussion thread, stated, “Microsoft should not have bothered releasing Edge outside of Insider Preview access until it at least supported extensions. Clearly they still don’t ‘get it’ when it comes to Web browsers. The first impression has already been made and Edge has already been dismissed by the masses. If they expect people to flock to the browser if/when they finally dig it out of the last century, then they’re sorely mistaken.” Ouch.

Sharing this story on Social Media? Use these hashtags! #Microsoft #Windows10 #Edge