Open Sourced Swift From Apple Could Be Game Changer 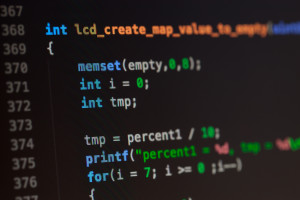 Apple has announced that “later this year” it will make Swift 2.0 open source, a move that some developers are calling “monumental” and a “huge milestone in the evolution of the programming industry.”

In case you are unaware, Swift is the modern programming language created by Apple that allows developers to build OS X and iOS apps. It is entirely possible that Swift will completely replace Objective C. Swift already creates a more stable code in a shorter development cycle and also offers a lot of advantages over Objective C. Apple is planning on making the software open source, which means that the company will also include the Swift compiler and standard library. According to a statement from Apple, “We think it would be amazing for Swift to be on all your favorite platforms.”

Swift was rated as the most-loved programming language of 2015, according to a survey by StackOverflow. Things like Vine, LinkedIn, Getty Images, Slack, Dow Jones, Playlist Media, and Yahoo all currently use Swift and ride-sharing app Lyft actually rewrote its entire app code with it, stating that the app it created has “only about one-fifth the number of lines of code as its previous iteration, and subsequent updates will also take less time.”

Having only been around for a few short months, the programming language has become very popular. The Tiobe Index notes that Swift is one of the internet’s 15 most popular languages with ThoughtWorks Technology Radar saying that Swift is a programming language that the industry should be adopting. In addition to that, the firm PerfectlySoft is also working on a Perfect, which is a solution that enables developers to make use of Swift in data centers. A recent move to make an open source Mandarin Chinese translation of Swift also confirms that interest in the programming language is increasing and the project even took on 100 volunteer programmers one year.

The possibilities for Swift are vast. Developers have the potential to tweak Swift to run and build software for other platforms as well. According to a recent report, “Now that the language has opened up, it can be forked in ways that allow Swift to be used elsewhere. Maybe in the future, Swift will be used for Windows applications, server daemons, or client-side web apps.” If this ends up happening and developers start to use Swift to build software for other platforms then we can assume that even more software for Macs and iPhones will be released.

This could push momentum to Apple’s attempt to define the technology ecosystem. When it comes to the overall, wider technology marketplace Apple has been seen as a minor player. However, that is all about to change. Apple’s solutions are enterprise class with iMacs growing market share and iOS devices defining expectations at the premium end of the industry.

Apple’s ambition might not stop there, however. The company could have plans to make its language become a real contender for the creation of software for multiple platforms, not just its own. According to Apple Executive Craig Federighi, “We think Swift is the next big programming language. The one we will be doing applications and systems programming on for 20 years to come. We think Swift should be everywhere and used by everyone.”

This language could even be used by Android developers to create apps for both mobile platforms. Just last year ArcTouch wrote a proof-of-concept calculator app for both Android and iOS using Swift. Apple is defining expectations and the environment of this newest chapter in the digital world. If you want to give Swift a try then you can download programming language from the iBooks Store for free.

Sharing this story on Social Media? Use these hashtags! #Apple #Swift #Code