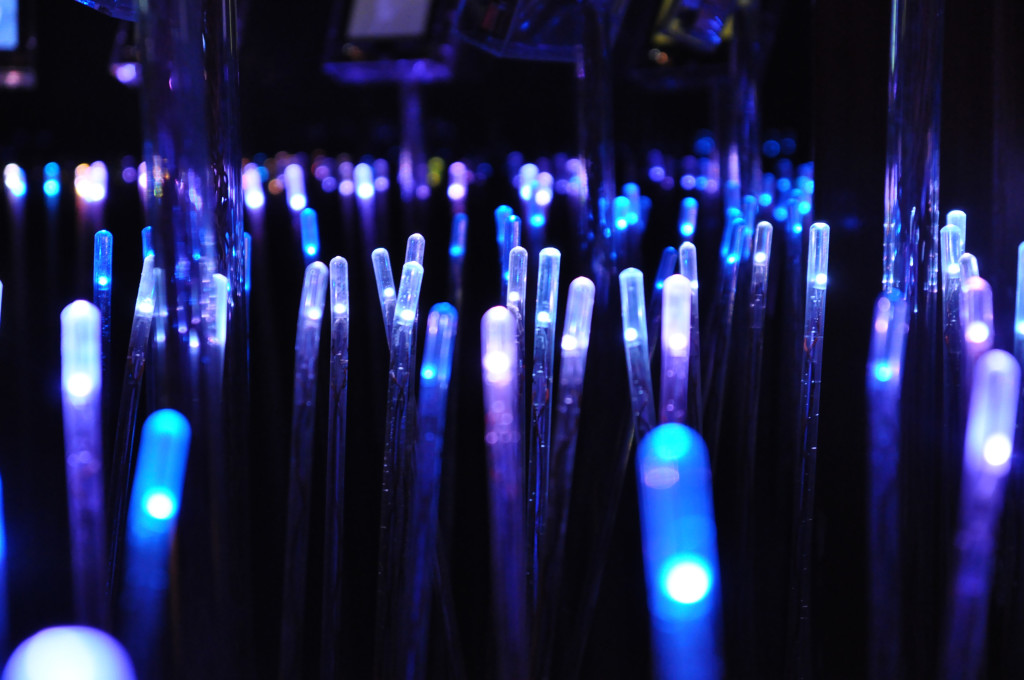 Are you one of the lucky ones that have the fastest Wi-Fi on the planet? If you answered yes, do you still think that what you’ve got isn’t quite fast enough? If you answered yes again then boy do I have good news for you! A new startup has the goal of turning something as simple as a light bulb into a means of transferring data at speeds that are 100 times faster than our current Wi-Fi by the year 2020.

This startup, known as Velmenni, has already begun a bunch of pilot projects that include a wireless network in an office space that will utilize LED lights instead of radio waves in order to transmit data. CEO of Velmenni Deepak Solanki was quoted in an interview with International Business Times UK saying that he hopes the trials will lead to a consumer distribution over the next three to four years. This new technology is being called Li-Fi and was first introduced publicly by Edinburgh University Professor Harald Haas around four years ago.

Li-Fi uses the visible light spectrum to transmit data as opposed to radio waves. However, not just any old light source will suffice. Li-Fi requires the light to modulate its signal so it can create a data stream. As it stands right now, this is accomplished with standard LED bulbs equipped with a specialized chip. Then a specialized receiver is capable of interpreting the light signals and is attached to the receiving device.

The best part about Li-Fi is the fact that the light modulations are not at all distracting. the light modulations are very slight and imperceptible to the human eye. Haas stated during his public introduction at the 2011 TED Global that this technology could even allow you to turn the light down low enough to where it would appear to be off but still transmit a signal. Back in 2011, Haas demonstrated a working prototype on stage. Since then, he has gone to co-found a startup called pureLiFi, which offers two products for transmitting data via light.

Even though Li-Fi isn’t ready to go live it does, according to Haas, claim to fix a plethora of problems hat we suffer from with today’s current Wi-Fi. The biggest problem is capacity. Radio waves have a finite amount of spectrum that is shared by all kinds of different signals. This would not be an issue with Li-Fi as the light spectrum is 10,000 times bigger than what is capable with radio waves.

However, Li-Fi does have limits. The most important one is the fact that visible light can’t travel through walls the way that radio waves can. This means that you will have to have an open floor plan or set up Li-Fi as a complement to your current Wi-Fi. In addition to that, you can even block Li-Fi connection just by placing something solid in front of the transmitting light bulb. Moreover, Li-Fi doesn’t work outside in direct sunlight since any light signals would be washed out by the overpowering light of the sun. Even though, this Li-Fi sounds like it could be very useful if used in the right circumstances.

Sharing this story on social media? Use these hashtags! #WiFi #LiFi #Velmenni #pureLiFi