The End is Nigh for Free Windows 10

The end is nigh! The free upgrade period for Windows 10 ends July 29, and any Windows users still holding out likely have already considered the pros and cons of updating their operating system. For those of you who have not done this, I have compiled some of the biggest factors that should come into mind when deciding whether or not to get the upgrade. 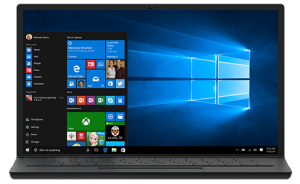 An argument that I have seen, both for and against Windows 10, is that it combines elements from Windows 7 and Windows 8/8.1. You may be asking what the downside of this could possibly be, and the answer to that would be that some people believe Microsoft’s newer operating systems are becoming too much like mobile operating systems.

The features on Windows 10 that do feel like mobile features are mostly optional. One such feature is Cortana, Microsoft’s new virtual assistant. In all of the hours I have spent using Windows 10, not once have I used Cortana. Am I missing out on anything by doing so? Maybe, but the point I’m trying to make is that you can avoid features that feel like mobile features if you want to. Windows 10 is so much more than just a tablet OS, but it is up to the user on how they use it.

One final thing that I’ll leave you to consider is the fact that Microsoft has guaranteed to keep Windows 10 up to date on any device that has the operating system “for the supported lifetime of the device”. If you are on the fence about upgrading, just think of Windows 10 as a modern version of the beloved Windows 7. If you hate Windows 10 and you updated your system before, or on, the 29th at least you can sleep easy knowing the update didn’t cost you anything.  If you miss out on the free upgrade and need a laptop rental with Windows 10 or if you need a Windows 7 device after upgrading to 10, Rentacomputer.com has you covered with affordable rental rates.