Retaining Staff during The Great Resignation 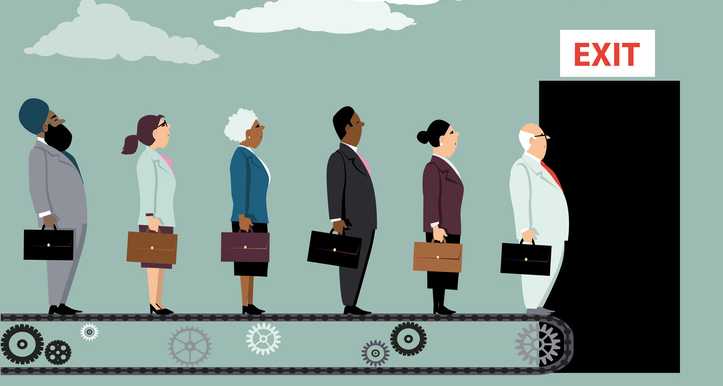 In the past 12 months, a historic number of Americans have quit their jobs – with workers around the world asking for better working conditions, benefits, pay, and more. In fact, nearly 4.4 million Americans quit their jobs in February according to the U.S. Department of Labor – which is 100,000 more than those who resigned in January and just shy of the 4.5 million record set in November. This pandemic-era trend is becoming known as the “Great Resignation” as more and more people are quitting their jobs in search of more favorable conditions.

What happened during the pandemic to encourage these numbers to skyrocket? What are the experts predicting will happen in 2022? Will this trend continue or has it already plateaued? Continue reading to find out more about the Big Quit that has been affecting businesses for the last 2 years.

What caused the Great Resignation?

It’s been two years since Covid-19 disrupted lives around the globe, and workers have continued to unite in exiting unfavorable jobs. With factors like dissatisfaction with working conditions, uninspiring jobs, and bad bosses being the driving force behind the Big Quit, workers around the world are joining together by leaving their jobs, many seeking out better deals from companies short on staff.

The latest figures show that not only are people quitting their jobs in the United States, but also in the United Kingdom, Australia, and France. Even countries that haven’t yet experienced a historic number of job resignations like Germany and Singapore are expecting employees to start eyeing exits soon. Of those surveyed, nearly a quarter of them said they intended to leave their employer in the first half of this year. On top of that, Linkedin data for January showed a notable increase in the number of workers switching industries in countries like Spain, the Netherlands, and Italy compared to early 2021. In a study conducted by messaging company Slack, interest in looking for new jobs has ticked up every quarter since June 2021 in the United States, the United Kingdom, Germany, Japan, and France.

The era of introspection has caused people to rethink their lives – including their careers. Workers are reconsidering not only compensation – but also other work-life factors like flexibility, purpose, and balance.

So what started this whole ordeal? According to the professor credited with coining the phrase “The Great Resignation,” there was a backlog of people who wanted to quit their jobs after largely staying put during the initial phase of the pandemic. These identified trends in late 2020 ended up catalyzing a transformation in the U.S. labor market – just as Anthony Klotz, a professor of BA at Texas A&M, predicted. Fast-forward to 2021, 47.8 million workers in the United States voluntarily left their jobs, the highest recorded number since the Bureau of Labor Statistics started tracking full-year data in 2001. Furthermore, the number of quitters continued to rise in January and February of 2022.

Is a change on the horizon?

With the term #greatresignation still going strong with over 158 million views on TikTok, people are starting to wonder if there is any end in sight to this job-quitting trend.

While the willingness to seek out new job opportunities remains elevated, employers with a shortage of employees are beginning to offer more pay in order to recruit new workers. When the labor market gets unstable, that’s when more opportunity is available – however in professions like nursing, there are signs that this burnout is reaching unstable levels.

With the employee exodus of 2021 continuing far into 2022, what does this mean for the future? The general consensus among the large majority of workers appears to be that workers will do whatever it takes to procure the best possible conditions for a workplace. This movement has empowered people to search for what they believe they deserve in a job, even beyond a good salary and prestigious title (although salary is a commonly cited reason as to why workers began resigning). Those who left their jobs are in search of a healthier workspace – which includes better working conditions, a preferable work-life balance, fairer pay in terms of inflation, and more.

So how is this affecting employers? Employer demand for labor has been on a rise since 2021 when Covid-19 vaccines became widely available in the United States and the economy began emerging from its pandemic hibernation. In fact, the demand has been higher than the ready supply of workers, and businesses have been forced to raise their wages at the fastest pace in years in order to compete for new talent. On top of that, others have expanded their hiring pool to include qualifications that may have previously not been enough to meet job standards – producing a battle for lower-skilled employees. Companies that usually require college degrees are starting to drop these requirements, meaning they are now competing with an even larger pool of lower-skilled or unskilled workers.

Although resignations have been extraordinarily high, most people who quit their jobs in the past 2 years are switching jobs rather than leaving the labor force altogether. In fact, the number of people hired in February 2022 exceeded the number of resignations by about 2.3 million people, according to the Labor Department.

On top of that, the Federal Reserve is aiming to cool off the economy and rein in inflation – which is running at a 40-year high, with grocery bills and housing costs rising at their fastest annual rate since April 1981 and May 1991, respectively. Energy costs are also up the most since July 1981. Shelter, food, and gasoline are the largest contributors to inflation and make up 63% of household budgets on average. With that in mind, we can definitely expect something to be done about the historic costs of inflation.

However, employer demand remains high – due in part to the Russia/Ukraine conflict, which caused rate hikes, geopolitical uncertainty, and other risk factors that slowed the economy – I fully expect the Great Resignation to continue well into 2023.

How to retain employees in times of uncertainty

As the Great Resignation has been fueled by workers taking a step back in order to consider their worth and demand more for their work, employers are scrambling to retain their employees during this big shift. So what can you do to keep your employees from jumping on the Big Quit bandwagon? According to surveys and statistics, these are the best way to keep your employees satisfied at work in 2022:

Is your company looking for new staff? With in-person events coming back in full swing, now is a great time to host a job fair. Although in-person events and job fairs are becoming more popular considering the “Great Resignation” and all of the factors that caused it, job fair planners will still have to navigate around the supply chain. As a job fair organizer, that means you need to take the extra steps to make the right plans when coordinating your event. And as the supply chain shortage isn’t expected to slow down until the second half of this year, technology rentals are a great option for getting equipment to your event destination or corporate location where and when you need it.

Some of the most popular technology rental items when it comes to job fairs are laptops, tablets, mobile hotspots, and AV equipment. If you’re looking to have cost-effective, temporary equipment delivered to your event or job fair, contact Rentacomputer.com today.