Official Office 2013 Release from Microsoft Right Around the Corner 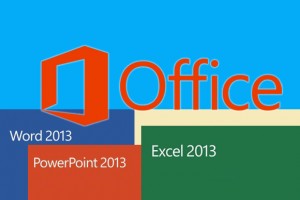 January 29 will see the official launch of Microsoft’s newest Office client, Office 2013. There have been innumerable rumors that January 29 would be the release date of the latest version of Office. However, thanks to a tweet from the Office team the world now knows that Microsoft is launching the new version of Office in Bryant Park in New York City.

Microsoft released Office 2013 to manufacturing on October 11, 2012 with the company making final bits and pieces available to MSDN and TechNet subscribers, as well as to volume-licensing customers, before 2012 ended. Microsoft recently made $10 versions of the final Office 2013 bits available to volume licenses with Software Assurance as a part of its Home Use Program.

Officials for Microsoft have been saying that Redmond has been planning to make the final bits available commercially for a couple of months now, stating that they should be available in the first calendar quarter of 2013. In addition to that, the company has already taken the lid off of some of its Office 2013 SKUs and will be pushing a new, subscription-centric version of Office that it is calling Office 365 Home Premium.

Unlike the other Office 365 SKUs, the Home Premium version is not a Microsoft-hosted version of Office. It is instead a downloadable, locally installable version of the Office 2013 products that users will have to pay a monthly rental fee to use. That fee will give users the right to install Office 2013 and/or the Office for Mac 2011 SKUs on up to five PCs or Macs in total.

In addition to that, Microsoft Officials have said that the “real” Office 365 update should be available around the time of the client launch. Officials for Microsoft have been prepping the company’s reseller/integrator partners for the Office 365 reboot for a couple of weeks now.

Excited about the new version of Office coming from Microsoft? Confused about the new Office 365 Home Premium subscription-based service? Have any information on the actual release of the “real” Office 365 update? Sound off in the comments section and let us know!