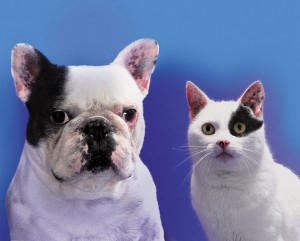 I feel that the phrase “Build it, and they will come” may be a bit more broad that many of us tend to let on. Naturally if what you build becomes popular, consumers will come and want to purchase your product. However, I don’t think that who ever builds said product plans on copycats to come as well. With a company as big as Apple, and with how well their products sell, it’s only natural that other tech companies would jump on the band wagon. We’ve all seen our fair share of Samsung Apple rip-offs. These two companies are the ones who always seem to be competing with each other in the first place. Well despite Samsung’s best efforts to be the top Apple competitor, a Chinese phone company may be more of a threat now.

The company is called Xiaomi, and that happen to have a product that might make Apple a little bit uncomfortable. Samsung was always able to keep its own style and presence about their products, but even they haven’t pulled something like this before. The Xiaomi Mi Pad is, without a doubt, the iPad Mini doppelganger.

Almost everything matches up to the iPad Mini with retina display… ALMOST.

The screen resolution happens to be identical to that of the iPad Mini with retina display. Boasting a 2,048 x 1,536 pixel resolution output, a 7.9 inch screen, and a 4:3 aspect ratio , it may as well be a 3D printed iPad Mini. Not only are these particular specs identical to the iPad Mini, but even the bezels are practically the same. The difference between this and the iPad Mini, aesthetically, is the fact that it happens to look like a giant iPhone 5C. This tablet, appearance wise at least, can be explained via this simple equation: iPad Mini + iPhone 5C = The Xiaomi Mi Pad. The company went as far as to make their apps and Operating System resemble that of iOS 7 as well.

Speaking of the software, lets look at what makes this new tablet tick. This is where the differences tend to really show. Crack this iPad Mini Replica open, and we will find a quad-core Nvidia Tegra K1 processor with 2GB of RAM and either 16GB of storage or 64GB of storage, depending on which version you buy. The OS is Andriod, naturally, since they can’t keep too much similar. It runs on Android 4.4.2 and comes with a 6,700mAh battery. Not bad in terms of the inner workings of the new tablet.

With what the Mi Pad is offering, this is where things could really get a bit difficult for Apple. They’ve not had to deal with a competitor that looks practically identical to them. The color schemes of the Mi Pads even come in, basically, the same color scheme of the iPhone 5C. When you have aesthetics pushing products, it becomes a battle of who is able to perform better overall. If the tech on the inside of the tablet isn’t able to keep up with that of the iPad Mini, then don’t expect this tablet to be much of a threat. On the other hand, the price of this tablet could make Apple’s wallet hurt. The iPad Mini is $399 for the 16GB version, while the Mi Pad is only $240 for the 16GB version. If it’s able to offer the same type of experience as the iPad Mini, or even close to it, I don’t think math will really need to be involved with this numbers battle.

For Your Next Tablet Rental Visit www.RentOurTablets.com Today or Call Us At 888-736-830