What Will Both Of The New iPhones Be Called? 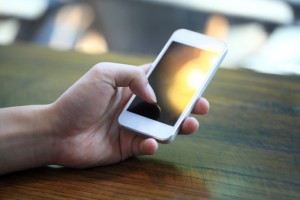 Ever since the world started talking about the iPhone 6 there have been rumors that it would come in a large screen model and a smaller screen model. Now there is a Chinese website that claims that the large screen will be included in the new iPhone’s name, confirming that the rumors are true.

There is a Hong Kong based website called Apple Daily that has posted photos that are reported to be of the next iPhone to come out. After all of the rumors, it is hard to be surprised by the two different screen sizes that they posted. People assume that they will be 4.7 inches and 5.5 inches, but it is impossible to verify the exact size just based off of pictures. But most importantly the larger one is actually being called the iPhone 6L.

It is unknown how the website may have discovered the actual name of the larger iPhone, as it does not appear in any of the pictures they posted. Knowing that, you shouldn’t look at it as being 100% factual, but so far most of the iPhone rumors have been proven to be pretty accurate. The thing that has everyone stumped right now is the fact that we don’t even have any clues as to what the smaller version of the phone might be called.

There have already been some people saying that it may be called the iPhone 6C. That doesn’t make sense though because the only reason that the 5C existed in the first place was so that they could keep selling the previous year’s model but with a cheaper casing and cheaper components. This phone is going to be a completely new device, and it doesn’t look very cheap, so that doesn’t make sense.

There is also no way that they could call it the “6S” either because that is most certainly going to be reserved for the second generation of the iPhone 6. The most likely name for the smaller version is probably just going to be the “iPhone 6”, with just the larger model having a special name.

The new phones will be running iOS8 and will probably have better chips than the current iPhone 5S. Pair that with the unbreakable screen that is said to come on the iPhone 6, and this is probably going to be the greatest smartphone release ever.