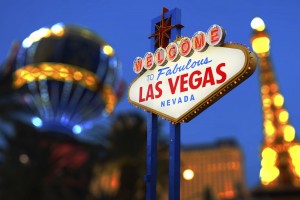 2015 is going to be a big year for Las Vegas as the city will welcome 12 new and returning conventions and tradeshows that are expected to bring 242,000 attendees and generating almost $315 million in local non-gaming economic impact. In addition to that, 9 of the 12 events will take place at the Las Vegas Convention Center.

Two of the new conventions that are coming to the city this year include the American Academy of Ophthalmology’s annual conference and the Magic: The Gathering Tournament. These two events are expected to bring a lot of commerce to Las Vegas, an estimated 35,000 attendees that will generate $46 million in non-gaming local economic growth.

According to Senior Vice-President of Marketing for the Las Vegas Convention and Visitors Authority Cathy Tull, “Whether this is a show’s first time here or it’s been a while, Las Vegas is always an excellent choice for group business. Over the past few years, we’ve seen exciting developments in Las Vegas with new resorts, attractions and restaurants opening. Add in 11 million square feet of meeting and exhibit space and it’s easy to see why Las Vegas continues to be a global leader for business travel.”

Photo Credit: Wizards of the Coast

The Academy of Ophthalmology’s annual conference will be taking place from November 14 through November 17 with the Magic: The Gathering Tournament running May 28 to May 32 and the NBAA and PMMI events happening November 17 th November 19 and September 20 to September 30, respectively.

Other events headed to Las Vegas this year include: