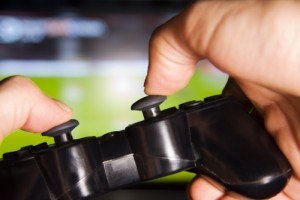 The video game industry is the fastest growing industry in the world right now, raking in more money than television, movies, music or any other form of entertainment. New publishers and developers are sprouting up every single day and are trying their hardest to make the next big name game on the market.

What many people may not know is that a lot of work goes into making a video game. From writing the code and programming every single character, movement, sound and interactions to hiring voice actors and, sometimes, motion capture specialists to bring your characters to life, things aren’t always simple.

One of the more daunting tasks of video game development is testing the game. Game testing is one of the most crucial steps in any development process as it is the last moment before the game is released. It is during this period that the game is tested for bugs, glitches, inconsistencies and problems.

However, testing games requires a lot of technology that some game developers, especially ones that are just starting off, are unable to afford, like servers, monitors and plasma screens. These types of technologies can be expensive and if you are just starting out in the gaming industry, you might not have the finances to afford it.

On the bright side, there is another solution. Rentacomputer.com receives calls from new video game developers all the time who are looking to rent a server or two for their testing phases during development. By renting the servers that they need, these developers are able to acquire the technology they need for the amount of time they need it and don’t have to worry about spending a lot of money doing so.

In addition to that, these developers also frequently rent servers for scaling up their operations for new games or if they are gearing up for a presentation, game demo, event or product launching. Rentacomputer.com offers local delivery and installation of all your technology by a professional technician and handles everything, from the acquisition of your equipment to the delivery and setup and even the pickup once you are finished.